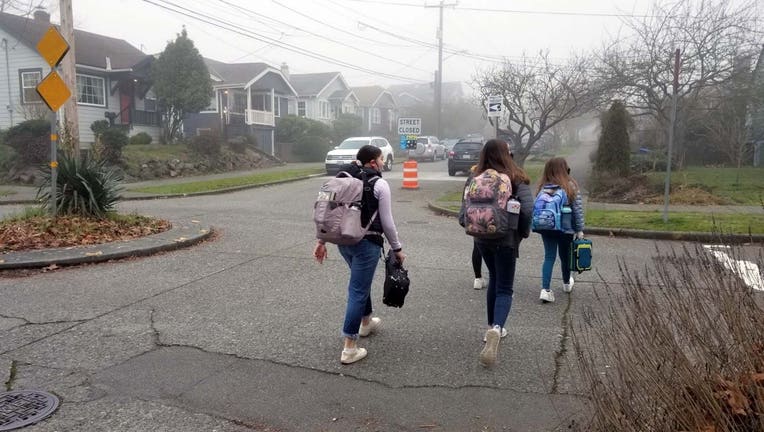 Several students cross the street in a Seattle neighborhood while walking to school (Seattle Department of Transportation).

SEATTLE - Most drivers talk the talk, but few let pedestrians walk the walk—that’s what the Seattle Department of Transportation says is happening at intersections around town.

Worse yet, SDOT has identified a racial bias at these crossings. A 2014 study revealed that people of color wait much longer at crosswalks and are passed by more drivers.

Failing to stop for pedestrians increases the risks of traffic injuries or fatalities.

SDOT hopes to counter this with a "driver report card" campaign, targeting problem intersections in Seattle.

Signs detailing the percentage of drivers stopping for pedestrians, compared to a record percentage, will be put up at troublesome junctions. The more drivers stop for people crossing the street, the higher the number goes—and the safer the roads will be, SDOT says. 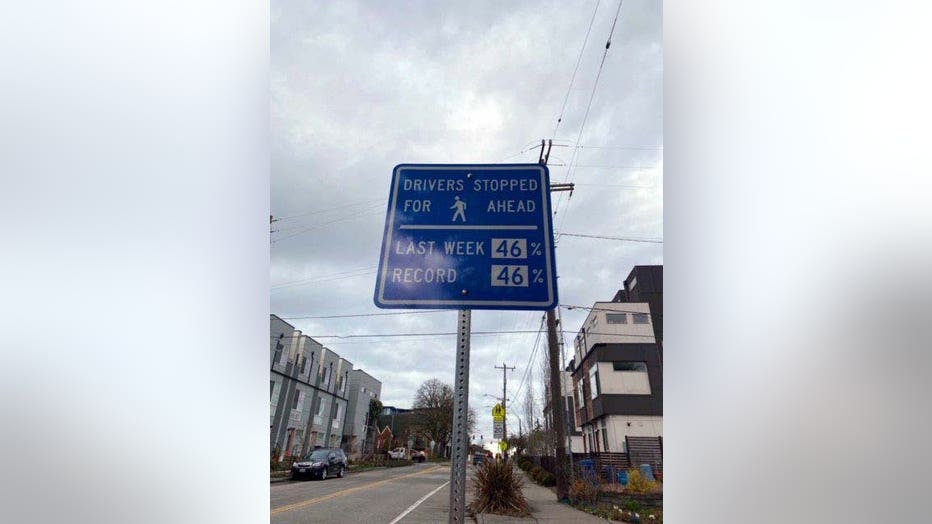 SDOT will put up driver report card signs at 13 intersections, including marked and unmarked crosswalks. As of March 18, signs have been installed at 34th Ave SW and SW Morgan street, a painted crosswalk; and at Sylvan Way SW and SW Sylvan Heights Dr, an unpainted crossing.

The department will also compare percentages of people stopping for white people to stopping for people of color.

SDOT says they borrowed this traffic safety strategy from a similar one in St. Paul, Minnesota. There, the campaign reportedly improved traffic adherence from 30% to 62%. The $350,000 public education campaign mostly paid for with a $250,000 grant from the Washington Traffic Safety Commission.

After the driver report card signs are installed, the department will move the larger public education campaign "into full swing."

You can find more information on the campaign on the SDOT blog.

RELATED: Washington ranks as no. 1 worst state for potholes