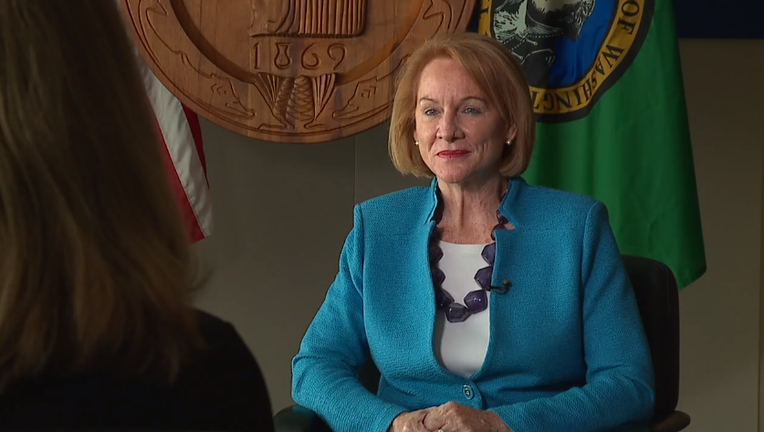 The move follows prodding from business leaders and homeless advocates who say that investing in enough of this type of housing could effectively end chronic homelessness.

The city will use all of the rental production and preservation funds from the voter-approved Seattle Housing Levy through 2021 to make a $60 million investment in six new buildings of 599 units. The spending is expected to more than double the number of permanent supportive housing units the city typically funds each year.

“COVID-19 has forced us to reconsider: How do we do more?” Mayor Jenny Durkan said Wednesday. “How do we do it more quickly?”

After the coronavirus outbreak closed businesses and limited in-person interactions in March, encampments grew around the few resources available for people living unsheltered in the city.

“We know that the thousands of individuals who are experiencing homelessness in Seattle and across the state could not stay home,” Seattle Office of Housing Director Emily Alvarado said of Gov. Jay Inslee’s “Stay Home, Stay Healthy” order in response to the outbreak. “And the trauma of living homeless falls disproportionately on Black, Indigenous (people) and people of color.”

In May, the group of business leaders and advocates, known as the Third Door Coalition, released a proposal asserting the region could end its chronic homelessness in five years through creating or securing 6,500 units of this kind of housing. That’s the number of people the group estimates are chronically homeless in King County.

This year’s spending decision is a good start, said Chad Mackay, CEO of Fire & Vine Hospitality and co-chair of the Third Door Coalition.

“The fact that they’re moving forward with that amount of units in a pretty short amount of time is fantastic,” Mackay said.

By speeding up permitting, urging lower costs from housing providers and using technology that employs prefabricated panels, 496 of the 599 units are estimated to be completed by the end of 2021.