SEATTLE -- Breaking free from the cover of night, self-proclaimed superhero Phoenix Jones is out in broad daylight keeping Seattle safe on May Day. 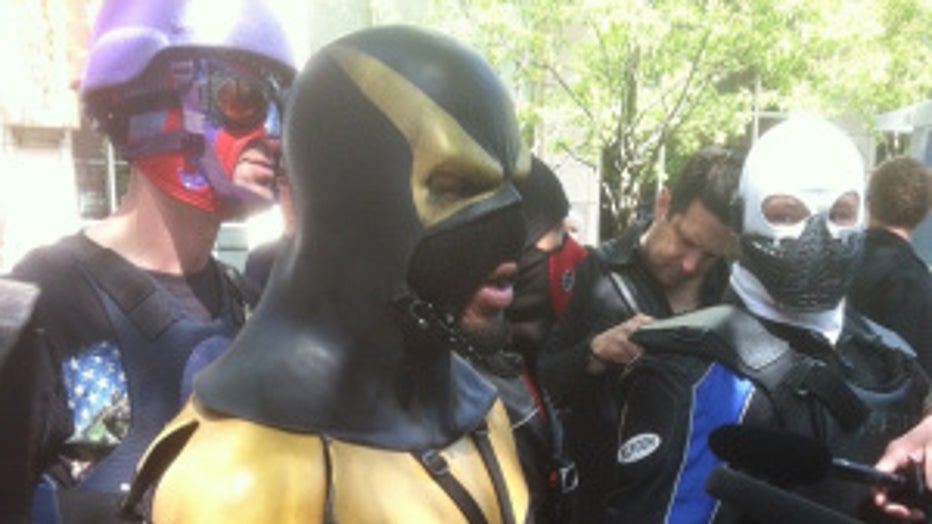 “It’s pretty clear what I’m here for when I put this suit on,” Jones said. “I have to understand people will respond to me that way because they know what I stand for.”

Armed with all kinds of gadgets and gizmos, Jones and his league of not very ordinary gentlemen patrolled the streets.

And they will stop at nothing to protect you.

El Cabellero said, “As a Knight Templar, I was sworn to lay down my life in defense of all men women no matter what faith.”

Jones and his crew pounded the pavement, identifying potential anarchist targets for this year’s May Day marches. Because Phoenix feels the city needs it.

With every step he takes heads turn.

“I feel protected,” one Phoenix Jones fan said.  “I feel safe. Someone out there has to do it.”

His fans adore him.

“I think he’s an inspiration right now,” another fan proclaimed.  “Especially a community like we have. We got so much killing and mayhem. We need something to look at bro. I don’t care if he’s black, white, yellow or green.”

Phoenix Jones won’t stop until he feels the streets are safe for everyone.