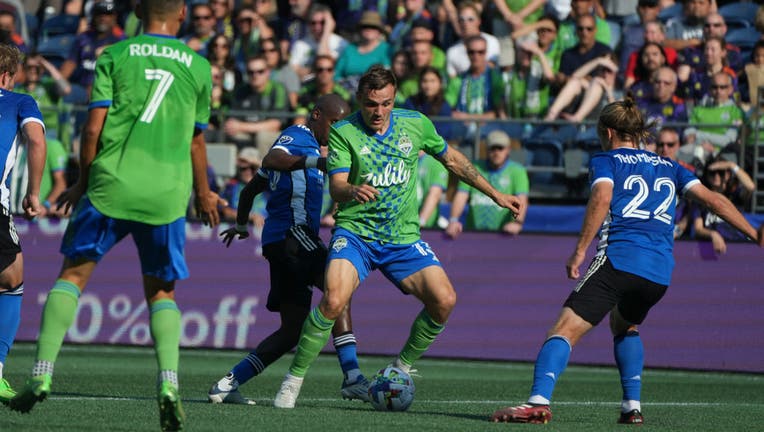 SEATTLE - Cade Cowell scored the equalizer for the San Jose Earthquakes in a 2-2 draw with the Seattle Sounders on Sunday.

Cowell’s game-tying goal came in the 75th minute for the Earthquakes (8-15-11). Miguel Trauco had an assist on the goal. Jeremy Ebobisse had San Jose’s other goal, early in the first half.

Nicolás Lodeiro scored both goals for the Sounders (12-17-5). He gave Seattle a 1-0 lead in the first minute and his second score put the Sounders up 2-1 early in the second half.

The Earthquakes outshot the Sounders 9-8, with three shots on goal to five for the Sounders.