LAS VEGAS -- Two men accused of shooting eight people and killing one of them during a gunfight in downtown Seattle appeared in a courtroom Tuesday, three days after they were captured in Las Vegas.

Marquise Tolbert and William Ray Toliver, both 24 years old, were arrested at the Rio Hotel on Flamingo Road Saturday after being on the run for 10 days. 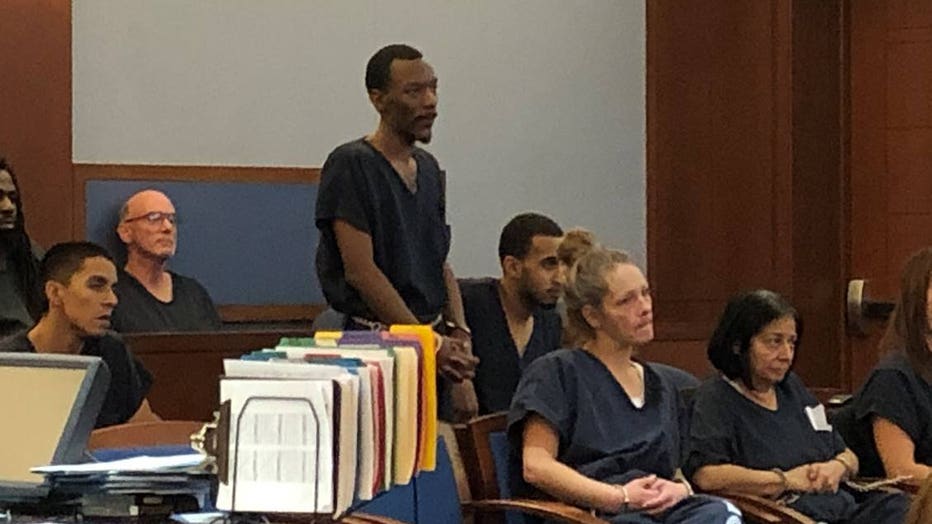 They'll be brought back to Seattle within 30 days, according to FOX 5 Las Vegas.

The suspects, both of whom have lengthy criminal records, are accused of opening fire at the corner of 3rd Avenue and Pine Street in downtown Seattle during rush hour, shooting eight people, including a 9-year-old boy.

50-year-old Tanya Jackson died at the scene from a gunshot wound to the torso. One of the victims, a 55-year-old woman, remains in serious condition in the ICU at Harborview Medical Center.

A third suspect, Jamel Jackson, was among the eight people shot. He was treated at Harborview and arrested the next day.

The shooting highlights ongoing crime problems at the notorious intersection and has fueled frustrations of downtown residents and business owners who are fed up with violent outbursts and crime downtown.

David Santillanes, owner-operator of the McDonald's at 3rd and Pine where the shooting happened, is donating $20,000 to the surviving victims.