SEATTLE -- Mary Smith is a 23-year employee of Ingraham High School, now working as an administrative secretary.  She is fighting against proposed cuts to her co-workers.

Earlier this year, in an attempt to partially close a $15 million budget gap, Seattle Public Schools proposed to cut $3 million by scaling back clerical staff jobs, including secretaries, counselors and assistant principals.  Those employees would work half-time.

“That would put an incredible amount of stress and workload on the other staff.  These employees answer phones, answer emails, order supplies, do billing, help with college transcripts,” said Smith. 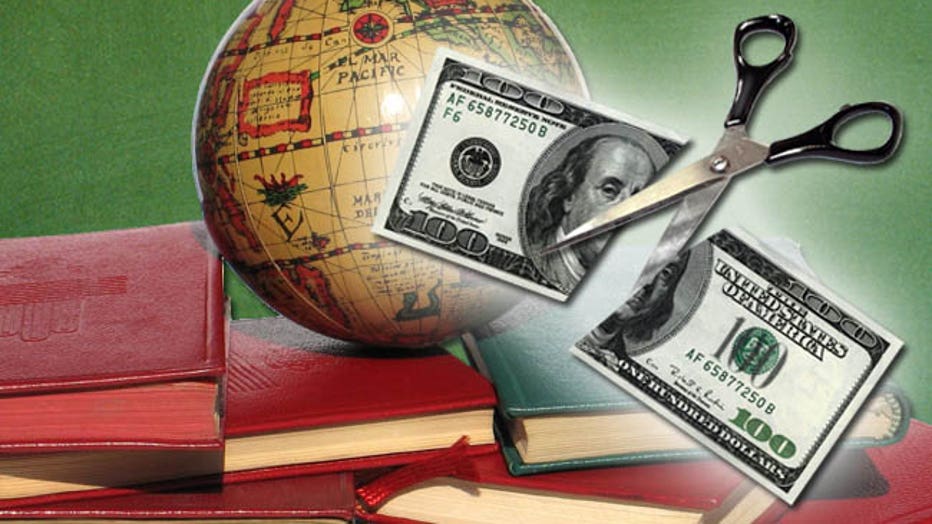 Mary Smith says to add insult to injury, Superintendent Jose Banda sent an email out to staff on Tuesday in recognition of classified staff, the very employees at risk of having their pay slashed.

In the email, Banda says the workers are “instrumental in supporting the learning environment” and are “crucial partners in our education system and the unsung heroes.”  Banda went on to “thank you for your dedication” and that “the entire district salutes you.”

“We send out emails every year.  It just so happens the timing on this coincides with budget cuts and that’s really hard, but everyone is appreciated and, even despite the hard time,s it wouldn’t be right to not say anything,” said Pritchett.

For now, individual schools are reviewing and voting on their budgets, and Smith, along with building team leaders at more than two dozen other schools, have rejected them.  The strategy is to push the board and Banda back to the bargaining table.

“We hope they balance the budget without unbalancing the schools and go back to the table and re-do the figures,” said Smith.

"In July, when the Legislature needed two special sessions to pass an operating budget, I expressed uncertainty. About $1 billion (that) was added to basic education was a start but was about $400 million short of what the state needs to stay on track to satisfy McCleary v. Washington.

"The adjournment of the 2014 Legislature has turned my uncertainty to frustration. Legislators had three education responsibilities this session. They needed to add the $400 million to basic education. They needed to come up with  a plan to meet McCleary by 2018, as the Supreme Court directed in a Jan. 9 order. And they needed to pass a bill to secure our state's No Child Left Behind waiver. They did none of those things.

"In my estimation, they failed in their duty: to state Constitution, to voters and most important to our public school students.

"There are two biennia left until the state must fully fund basic education. According to the Quality Education Council -- a group the Legislature created to make funding recommendations -- the Legislature is still about $7 billion short of meeting McCleary. There are only two biennial budgets remaining until 2018. Where will that $7 billion come from?"