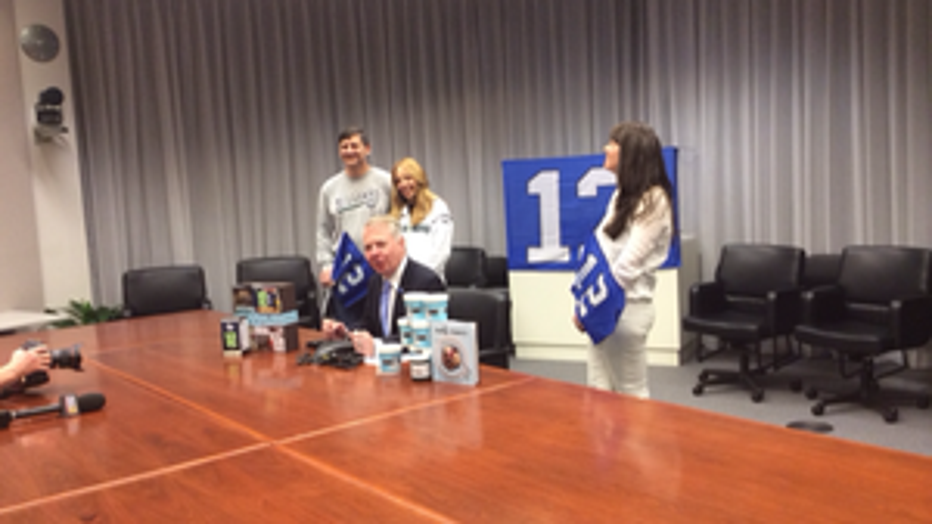 “We have every confidence in our team going into Sunday’s game,” said Murray. “We know, too, that the 12th Man will boost our players and make it very tough for our division rival 49ers to get in a win in Seattle. We can’t say this enough, bring your earplugs.”

“It was always going to come down to this – the two best teams in the NFC battling for a chance to play in the Super Bowl,” Lee said. “We wouldn’t have wanted it any other way. When the Niners raise that Lombardi Trophy in New York City next month, they will do so knowing that they’d made the trip up to Seattle and triumphed over their rivals from the North for the chance to play for that championship.”

“We actually don’t have another item to add to that so we’ll have to think about how we up it on that one,” said Murray. “I’m sure your fans will need it after the game anyway.”