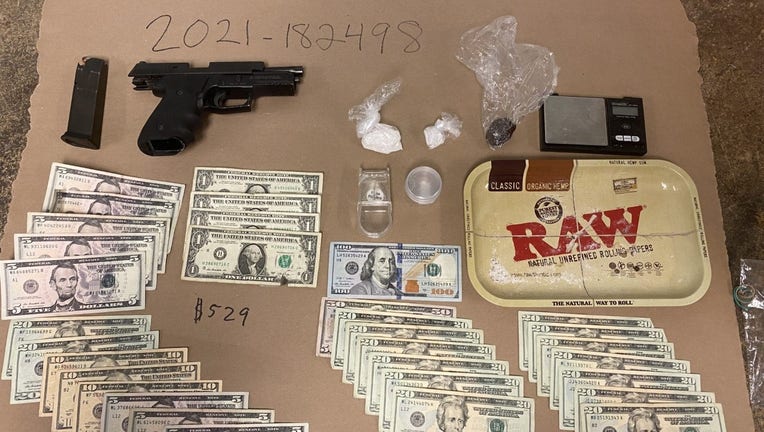 KING COUNTY, Wash. - Officers arrested a suspect for domestic violence at an apartment near Denny park around 1 p.m. on Sunday. Officers recovered what was believed to be methamphetamine, a scale, cash, pill cutters and a stolen gun.

The suspect was taken to Harborview Medical Center and put under gaurd after he experienced a medical incident which was allegedly related to a preexisting condition. 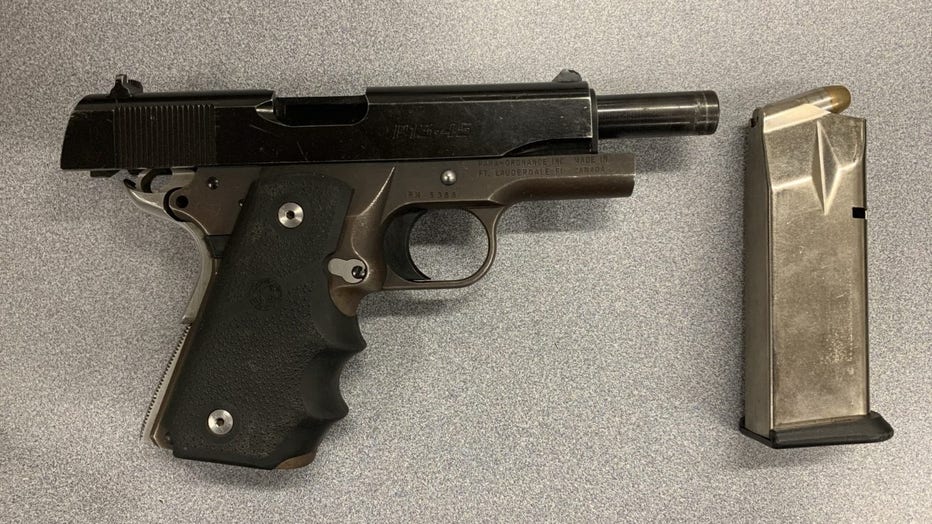 Later on Sunday evening, A dispute between two men led to the suspect threatening the victim and driving off in the victim's car, according to officers. Police responded to the incident near the 6500 block of Rainier Ave. South around 10:30 p.m.

The victim pointed at the suspect who drove past them in the victim's car. Officers eventually stopped the car and detained the driver, finding a stolen firearm under the driver's seat, according to police.

Police booked the 39-year-old suspect into King County Jail for robbery, harassment and unlawful possession of a firearm. The suspect is a convicted felon, police said, and cannot possess firearms.