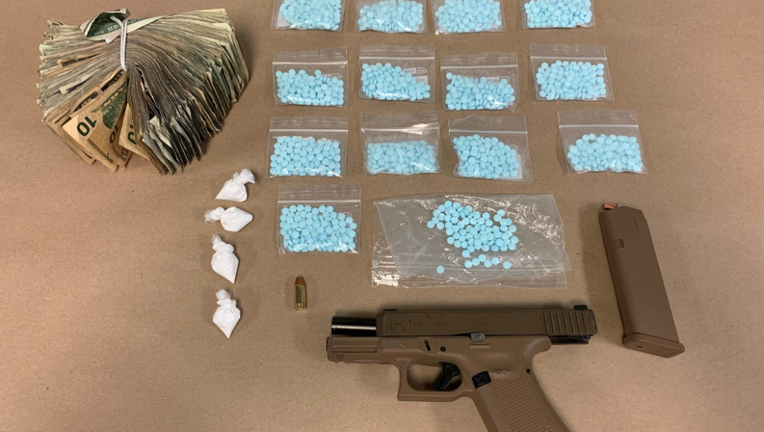 SEATTLE - Police arrested a suspected drug dealer in downtown Seattle Thursday and recovered a handgun, narcotics and more than $2,000 in cash.

According to Seattle Police, at around 5:00 p.m., officers patrolling the area witnessed a man making drug deals near the corner of Pine St. and 2nd Ave. Officers followed him for several blocks when they tried to make an arrest. The suspect tried to run, but officer caught up to him. While they were putting handcuffs on the suspect, he tried tossing away a handgun. Authorities say they recovered the handgun, which was loaded, in addition to hundreds of fentanyl pills and more than $2,200 in cash.

Authorities say the suspect will be booked into King County Jail as soon as he is medically evaluated at Harborview Medical Center.