SEATTLE -- Police are asking for your help to identify this man carrying a small dog inside a 7-11 on Erskine Way Southwest in West Seattle.

Detectives say he shot a man during an argument after he walked out of the store just after 10:45 p.m. on June 3.

An argument escalated in which the victim pulled out a knife and the suspect pulled out a gun.  Witnesses then said they heard a gunshot.

"The victim in this particular case walks in with his left hand. He's clutching his chest, there's blood coming out and he obviously had been shot in the chest," says retired Det. Myrle Carner with Crime Stoppers of Puget Sound. 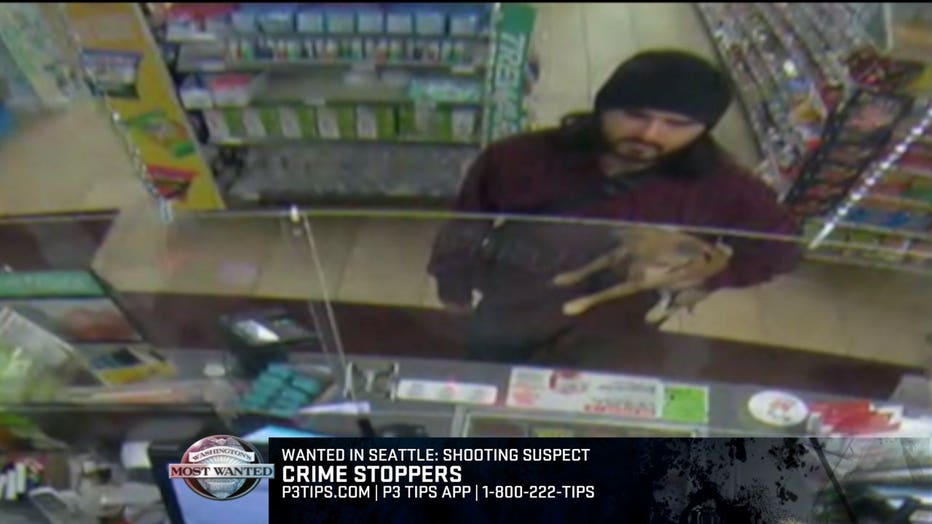 Officers responded at 10:48 p.m. and applied gauze to the wound. The bullet had entered his left pectoral and exited his back. He was taken to the hospital and survived.

Detectives say it might seem like a case of self-defense because police say the victim pulled out a knife, but detectives don't have the full story right now.

"After the suspect shot the victim and did not stay at the scene, now he's a suspect in an Assault 1 case, and we need to know who he is and where he's at," Carner said.

Detectives say the victim was unable to identify the suspect but thought he might be transient. No car was seen as he left eastbound on foot.

If you know his name, Crime Stoppers of Puget Sound is offering a cash reward of up to $1,000.

This case also serves as a good reminder that we all need to be aware of our emotions right now, as tempers are running high.

"All of this could have been avoided if they would just slow down, talk about the situation and see if they can get it resolved besides with violence," Carner said.