Seattle Police are asking for the public's help to ID a couple wanted in an attempted carjacking on November 3rd at the '76 station at 2415 Beacon Ave S.

Officers say the victim was on the way home from work and pulled up in front of the gas station to purchase a Swisher cigarette. He left his car running because his girlfriend was sleeping in the back seat.

At that point, his girlfriend woke up and realized it wasn't her boyfriend driving the car. She started screaming at the suspect who stopped the vehicle. The doors unlocked and the car's owner was able to pull the suspect from his vehicle even though she was kicking him and yelling at him.

She left and got into a newer model Honda Civic waiting at the gas pumps. Surveillance video showed her arriving in that same car shortly before attempting to steal the victim's vehicle. The man driving the car was seen on surveillance video entering the gas station wearing a Seahawks hoodie and a baseball cap. He was inside the store while the attempted carjacking occurred. As he exited, he looked over and noticed the commotion but continued on to his vehicle. The two of them then drove southbound on Beacon Ave. S.

"What we're actually looking at here is an Attempt Carjacking. It's a felony. We just need help to find out who these people are, but it is a felony when somebody jumps into the car and attempts to take it away with a passenger in the vehicle," said Ret. Det. Myrle Carner with Crime Stoppers of Puget Sound.

If you have any information that can help detectives identify her or the man seen with her, please submit an anonymous tip to Crime Stoppers of Puget Sound at www.P3Tips.com or by calling 1-800-222-TIPS (8477). You can also submit tips through the P3 Tips App on your cell phone. It is anonymous. There is a cash reward of up to $1,000 offered for information that leads to an arrest in the case. 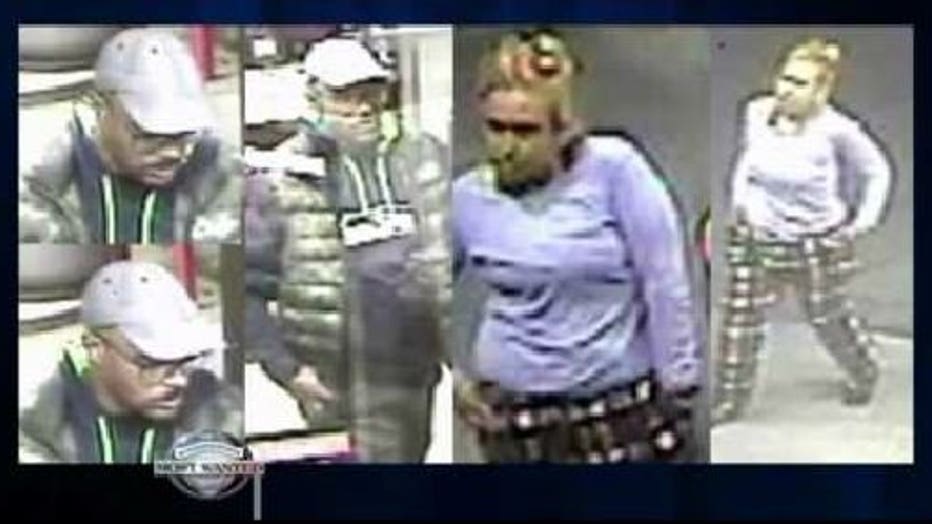