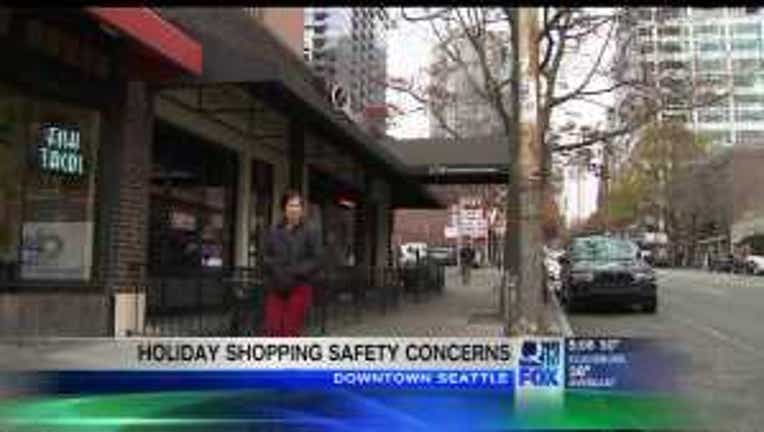 SEATTLE -- As the holiday season gets closer, Seattle police are making a push to keep the streets safe for visitors. The city is putting more officers downtown to deal with extra traffic and crime.

The streets are already packed with people -- the daily hustle and bustle of downtown -- and it’s only going to get busier as the holidays approach. The city wants to make Seattle a destination for people during the season, and local business owners are looking forward to the added police presence.

“The impression of Belltown because of crime that happens during the bar hours, between probably 10 p.m. and 2 a.m., or maybe even later, gives an impression that it’s not safe to come down to Belltown,” Freund said.

It’s an image the Seattle Police Department has been working to change. The department is increasing patrols in recent months and working with city associations, putting more uniforms throughout downtown for the holiday season.

“It’s a great holiday gift to have the extra patrols,” said Kate Joncas of the Downtown Seattle Association.

“If you watch a news broadcast about somebody who got hurt at 1:30, 2 a.m., it may make you more reluctant to show up in that neighborhood –ever,” Freund said.

With that in mind, police officers will patrol 3rd Avenue to 7th Avenue from Union Street to Olive Street and Pioneer Square – and leave extra officers in Belltown.

Freund said he is just hoping holiday visitors and Seattleites don’t give up on his neighborhood.