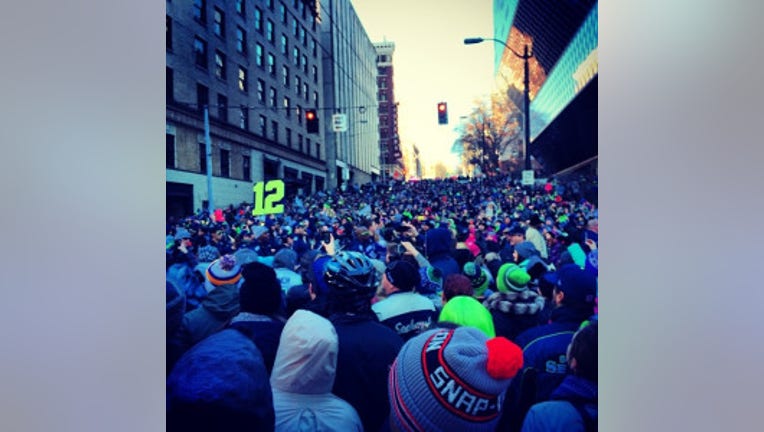 SEATTLE -- Police and emergency workers pleaded for patience and understanding as Seattle's championship parade slowly came to a close Wednesday, with more than 700,000 fans hitting the streets in an effort to return home.

"Seahawks fans have been their usual well-behaved, patient and loud selves, braving freezing temperatures and treating the team and each other with respect," Said Barb Graff, director of Seattle's Office of Emergency Management.

"Now, as folks are getting ready to leave for home, we are asking them to remember: it took or seven hours for everyone to get downtown for the parade; and it will likely take at least that long for transportation systems to return to normal."

Seattle were asking everyone to stay off their phones and computers in an effort to help keep 911 lines open and from being jammed.