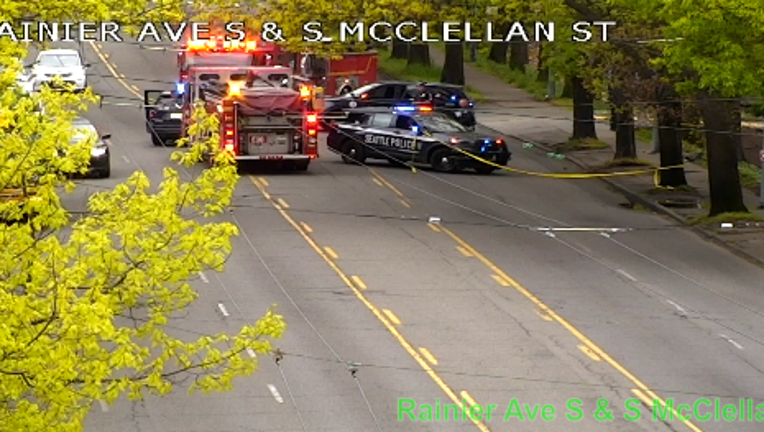 SEATTLE - A person is recovering in the hospital after getting hit by a Seattle police car while the officer was responding to a nearby armed robbery call, according to an SPD spokesperson.

The spokesperson told FOX 13 that a man was crossing the street near Rainier Avenue South and South McClellan Street when he was hit by the officer, who was pulling out of a driveway onto Rainier Ave.

The officer had their lights and siren on, and the spokesperson said the man was not crossing the street in a marked sidewalk.

The man was taken to the hospital, the spokesperson said.

As of 5 p.m., all north and southbound lanes are blocked at Rainier Avenue South from South McClellan Street to South Bayview Street., according to the Seattle Department of Transportation. Seek alternative routes.

The department's traffic collision unit is investigating the incident.