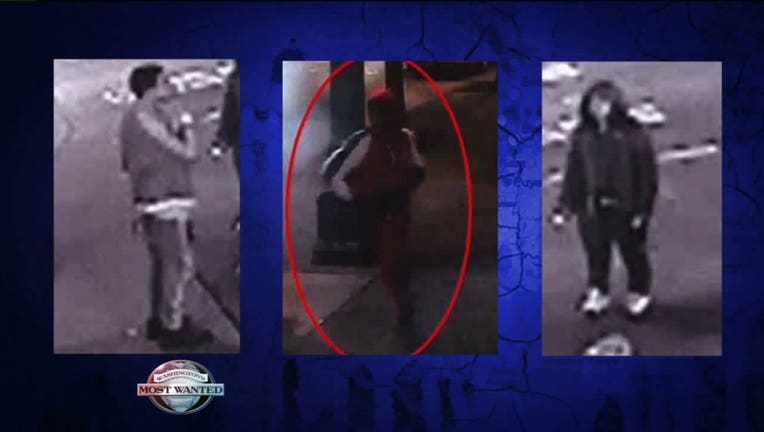 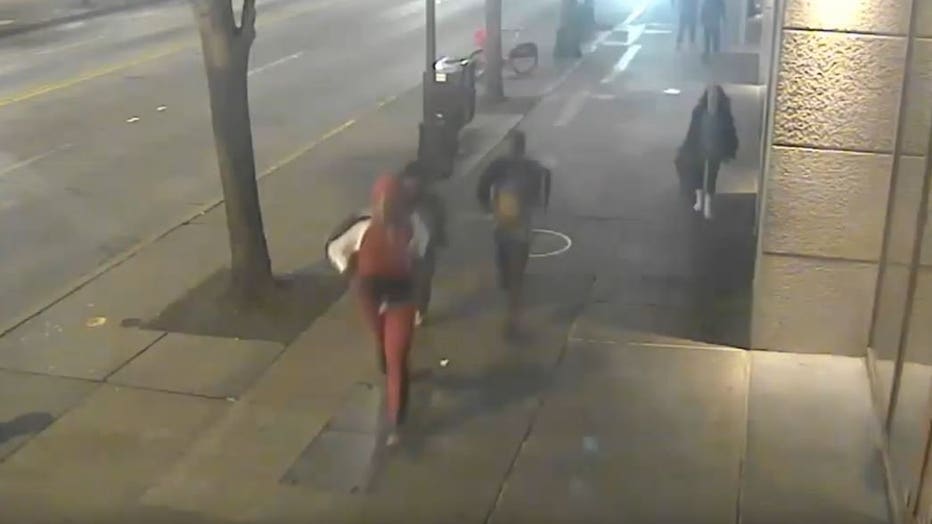 SEATTLE -- A vicious attack on an innocent, hard-working victim in Seattle was caught on surveillance video.

The video shows an unidentified suspect trying to steal a 64-year-old newspaper delivery driver's car. The suspect gets out from behind the wheel and punches the victim trying to stop him - hitting him so hard that he's knocked into the middle of the street.

This all started when that robbery suspect and two others attempted to take the victim's car while he was checking on a newspaper stand in downtown Seattle.

When the victim returns to his car and gets in his vehicle, the suspect attacks and pulls him out and punches him five times. The suspect along with another guy and woman get into the victim's car, but they couldn't find the keys.

The victim gets back to his feet and tries to get into his car, and that's when he gets hit again and knocked into the road.

Seattle police say they need your help to identify all three suspects.

"On August 31st about 2:25 in the morning is in the area of 1500 block of 3rd Avenue. He's driving his vehicle. You see him stop, pull over to the curb. You'll see him exit the vehicle and go across the street westbound to check on newspapers. A short period of time, he's starting to come back and standing by the driver door is the taller of three suspects involved in the case. There's a conversation that takes place, we can't understand what it is, but the victim actually gets in the vehicle. The tallest suspect standing there reaches in the car, he pulls him out and punches him in the face five times, he knocks him to the ground. Then, the suspect gets in the vehicle. The other two suspects, a female and a male, get in the vehicle. The victim opens up the door. There's another confrontation, then the tallest suspect who was behind the wheel steps out, hits him square in the face, knocks him out in the middle of 3rd avenue, gets back in and tries to drive away. They can't find the keys, they can't move it, so they all get out, walk around the car while the victim's out there and then they walk southbound on 3rd Avenue," Ret. Det. Myrle Carner with Crime Stoppers of Puget Sound said.

Prior to the attempted carjacking, another camera shows the three suspects with some other people just hanging around in front of the McDonalds.

"To the best of our knowledge, all three of these suspects just hang in that area all the time,” Carner explained. “The news on the street is they always hang out down there so somebody knows who these people are."

If you can identify any of them, Crime Stoppers will pay you a cash reward of up to $1,000. Call the hotline at 1-800-222-tips or use the P3 Tips App on your cell phone to submit the information.

Can you identify these Seattle carjacking suspects?

Can you identify these Seattle carjacking suspects?