SEATTLE - Detectives with Seattle Police are asking for the public's help in identifying suspects wanted in connection to a robbery and shooting in the Rainier Beach neighborhood.

On Jan. 15, two females, ages 17 and 19, were walking away from a bus stop on Rainier Avenue South when they were approached by a group of four or five people.

The suspects told the victims to give them any valuables they were carrying before shooting both women, according to police. 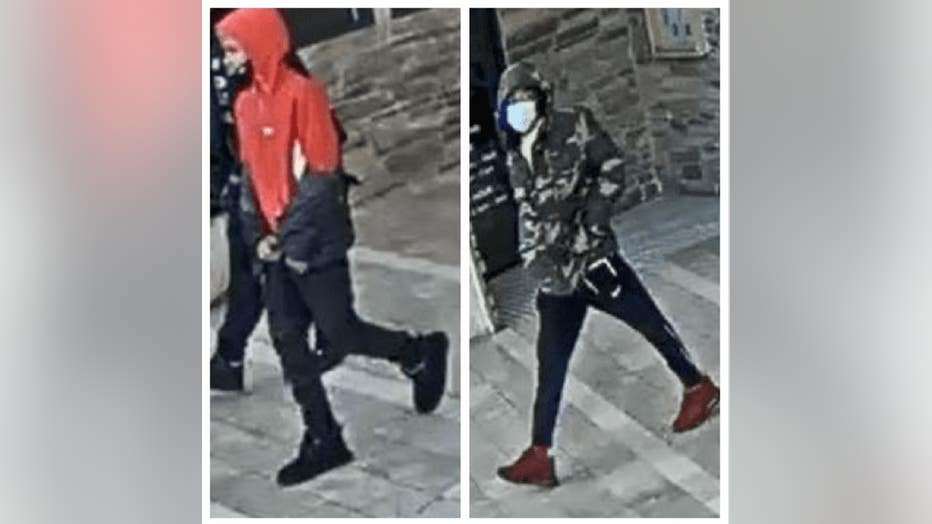 Both victims were sent to Harborview Medical Center with non-life-threatening injuries.

Police spoke with witnesses and gathered evidence at the scene and are investigating.

Detectives have identified and arrested one suspect in the case and are now looking to identify two other individuals, who were with the suspect the day of the shooting.