SEATTLE -- On Friday, April 24, Seattle police officers will be joining Seattle firefighters in an effort to connect with the community. It’s a way to wave and say hello from a distance.

It’s the kind of interaction that is priceless when isolation has become the new norm.

Last week firefighters drove all around Seattle for what’s known as Friday Night Lights and this time around Seattle police officers will be along for the ride.

“Give kids and folks hope that we are still out there and still doing the job,” Seattle Police Officer Dorian Koreio said.

That job hasn’t slowed down and officers are feeling the same anxieties over the invisible virus.

“From young and to old who is getting this you really don’t know, officers here have gotten it and luckily we have not lost anyone everyone is recovering but you don’t know how your immune system is going to handle it, so it’s super scary not knowing what the future holds,” Koreio said.

Despite the uncertainties, officers like Korieo show up every day on the frontlines.

“I just want to thank each and every employee working in the Seattle Police Department I am incredibly humbled with all the work that’s going on, officers are showing up every single day they are practicing universal precautions,” Chief Carmen Best said.

Best says in the beginning of the pandemic they saw an uptick in commercial burglaries and officers have since made arrests in that area.

Her main concern moving forward is about keeping her force healthy.

But she says the support from the community has been a big morale boost.

From the Oak Tin Family Association’s donation of thousands of masks to The Fork and Fin company holding a grab and go lunch for first responders. The support has been moving.

“We appreciate that we’ve had so much community support on so many levels it’s really immeasurable of the level of satisfaction we get from that,” Best said.

Friday’s interview with Q13 News held over Skype, it’s just one of countless virtual meetings the Chief has done in house during the pandemic. Like the rest of us she craves the life before COVID-19.

“The plays, the sporting activities used to entertain us I miss that like everyone else does,” Best said.

When asked how she is coping, Best says she is working out as much as possible as one way to cope.

“I am trying to take care of my mental and physical self during these circumstances,” Best said.

Best and Korieo say they will be at Friday’s event. If you see them from your doorway give them a wave.

Seattle Police and Seattle Fire will be visiting the areas highlighted in yellow. 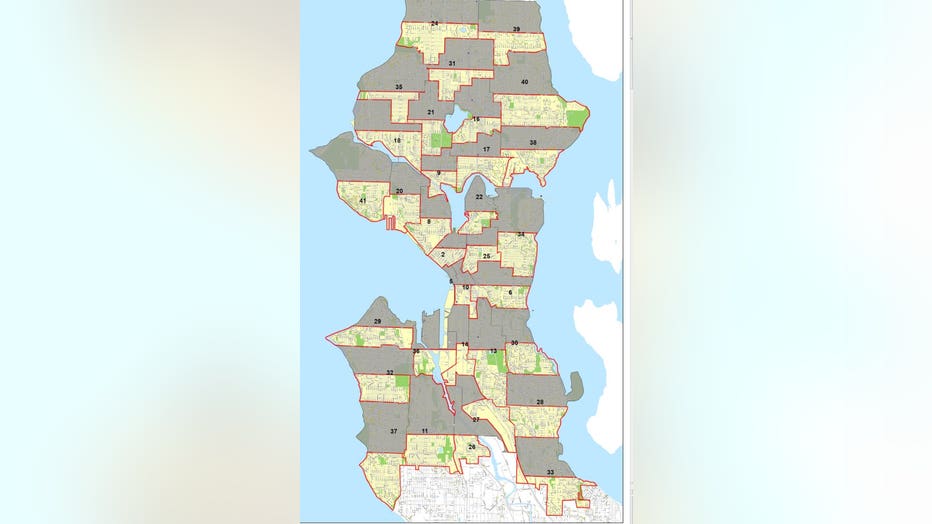