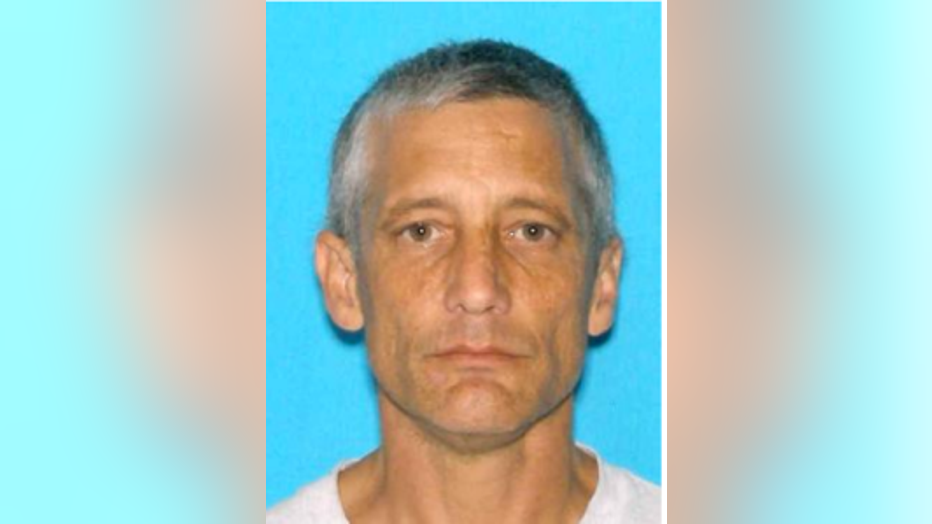 Seattle police say this is a photo of the suspect in the fake cop case from Volunteer Park. (Photo: Seattle Police Dept.)

SEATTLE -- Seattle police detectives on Thursday asked for the public's help in finding a man suspected of posing as a police officer in Volunteer Park in order to allegedly rob people there.

Police said they believe 46-year-old Ryan Purdy, also known as Tracy Byers, approached several people in Volunteer Park in December, flashed a gold badge, implied he was a police officer, and took cash and credit cards from his victims.

If you have information that could help detectives locate Purdy, please contact the Seattle Police Department's Robbery Unit at (206) 684-5535 or call 911. Detectives are also asking for anyone who may have had contact with Purdy in the park to contact police.

The first incident occurred Dec. 19 at about 7:30 p.m., Seattle police said. The victim said he was in Volunteer Park when a man approached him, told him he was an undercover police officer conducting an “operation” in the park, and asked to see his driver’s license, which was in his wallet.

“The following day at work, the victim noticed one of his credit cards was missing and when he returned home that evening discovered several calls from his bank alerting him to possible fraudulent activity,” the police said on the SPD blotter.

The victim described the fake cop as white, about 40, “scruffy looking” with short brown/reddish hair. He reportedly was wearing a green knee-length nylon jacket and brown sweater.

Police said a second incident occurred Dec. 26 when a man said he was approached by the fake cop in a restroom at Volunteer Park.

“Again, the suspect was able to convince the victim that he was an officer and the suspect was allowed to remove the wallet from the victim’s pocket,” the police statement said. “The suspect left the area, drove to work, and then discovered that cash was missing from his wallet.”

The second victim described the suspect as white, about 40, 5-foot-5, 150 pounds, with longish blond hair.  He was dressed in all dark clothing, and it appeared that he had a gold badge attached to his waistband or belt.

"Somebody in a so-called undercover capacity is not generally going to be contacting a member of the public,” police spokesman Jeff Kappel said.

Police also advised: “If a non-uniformed individual is identifying himself/herself as a Seattle police officer and attempting to stop or detain you and you have doubts about their authenticity, request a uniformed officer or a supervisor to respond to the scene or simply call 911 and report the circumstances.”