FUGITIVE CAPTURED April 21, 2014 -- Seattle police arrested Mohamed Abdi Ali early Monday morning near Seattle University on Capitol Hill. FUGITIVE WANTED IN SEATTLE Jan. 24, 2014 -- Seattle police are asking for your help finding Mohamed Abdi Ali -- or 'Sharmarke,' as his friends know him. Detectives say he flagged down a taxi driver in the International District so two of his thug buddies armed with a handgun and a knife could rob the guy. Detectives arrested his cohorts and recovered two guns, but now Sharmarke needs to be caught. "As you watch this show and you look at this guy involved in this case, I want to tell you one thing you need to know about him -- and the word is dangerous," said retired detective Myrle Carner of Crime Stoppers of Puget Sound. "He is a felon. He's been involved in auto theft, possession of stolen property, narcotics and now we know that he has a weapons charge here, which means that a felon in possession of a gun, he's gonna do some hard time if we can get him arrested." Mohamed Abdi Ali has a $100,000 warrant for his arrest and is a suspect in other violent crimes. 'Sharmake' is not going to stop attacking innocent victims and putting you in danger until he's brought to justice. If you know where Seattle police can find him, call an anonymous tip into: CRIME STOPPERS: 1-800-222-TIPS You must call the Crime Stoppers hotline with your tip to be eligible to receive a cash reward for information leading to a fugitive’s arrest. CLICK HERE for information on how to TEXT A TIP to Crime Stoppers 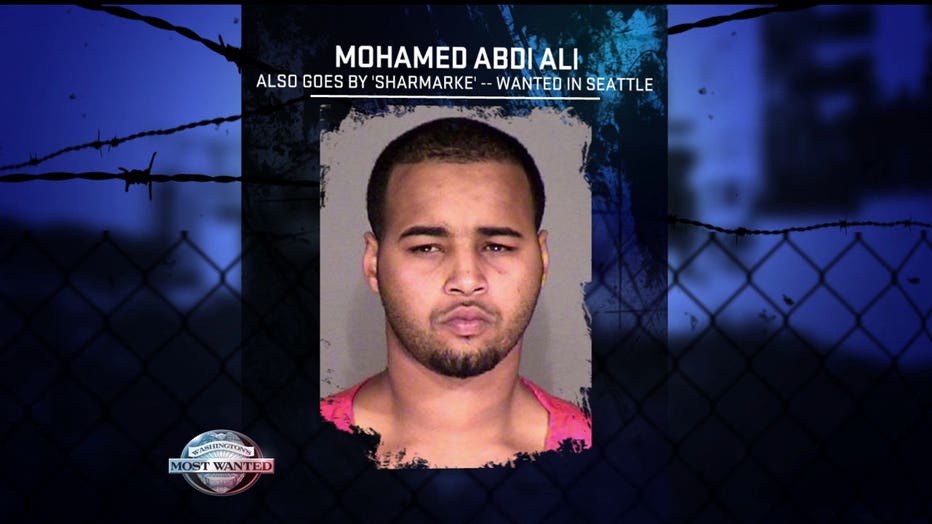