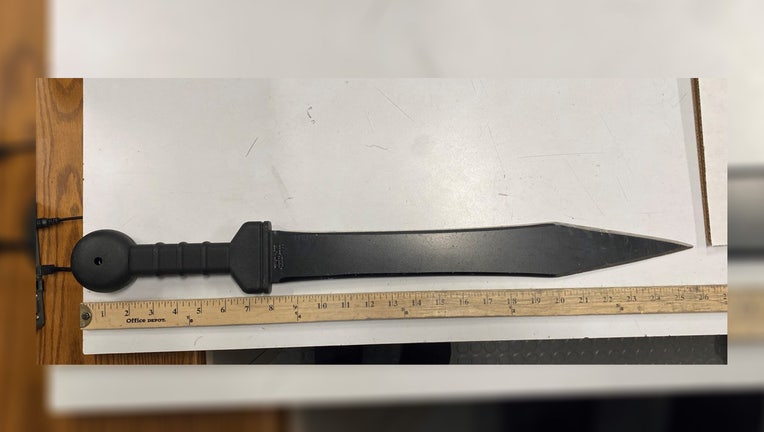 SEATTLE - Police arrested a man in crisis who tried breaking into a home, and attacked an officer with a sword near the Washington Park Arboretum on Sunday.

According to the Seattle Police Department (SPD), at around 10:23 p.m., officers responded to the corner of 24th Ave. E and E Galer St. for reports of a man walking in the street with a 26-inch sword. When police arrived, the 43-year-old man immediately approached the police cruiser, and struck the driver’s side door.

Authorities say the officer was unharmed, but the police car was damaged.

The SPD says the man was in a state of crisis and ignored multiple commands to drop the weapon. While negotiating, officers say he turned away from police and shattered the windshield of a nearby parked car. Eventually, the suspect walked up to a nearby house and tried breaking in through the front door with the sword.

In order to disarm the suspect safely, officers deployed a 44 mm launcher. The then dropped the sword, and officers moved in for the arrest.

According to the SPD the suspect was immediately taken to Harborview Medical Center for an evaluation, and booked him into the King County Jail for property damage, attempted burglary and assault.

Authorities say they have also requested charges for obstruction, and unlawful possession of a dangerous weapon.