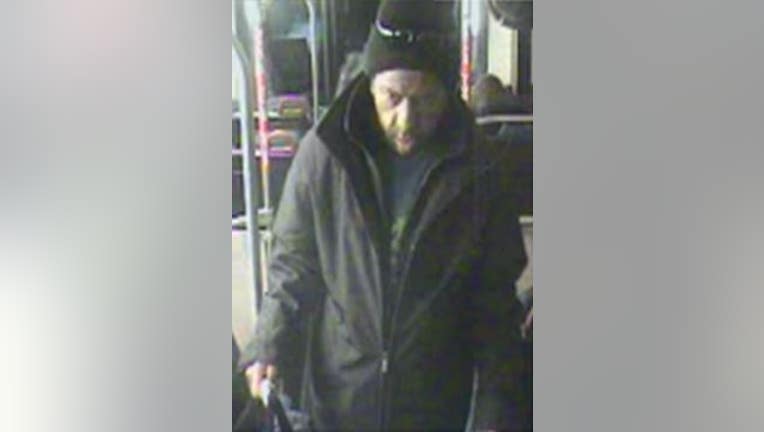 FUGITIVE CAPTURED January 12, 2015 -- Seattle police patrol officers arrested stabbing suspect, David Butler, on the street Monday, after recognizing him from the surveillance photo. He did not appear in court Tuesday where his bail was set at $250,000 FUGITIVE WANTED IN SEATTLE January 5, 2014 -- Seattle police are releasing a photo of a man suspected of stabbing a Metro bus passenger on Christmas Eve and want help identifying him. Detectives got the image from a security camera on the bus. Detectives say the victim got on the bus and sat down next to the suspect at the back of the trolley. The suspect began to argue with the victim about how close he sat to him. The suspect then pulled out a knife and stabbed the victim multiple times. The bus driver stopped the bus and the suspect escaped off the bus and ran before officers could arrive. The victim was rushed to Harborview Medical Center with life-threatening injuries The suspect is a black male in his 40’s or 50’s. He was last seen running from the bus, wearing a black jacket and black knit cap. Detectives also want to talk to any passengers aboard the bus who may have witnessed the attack. If you recognize the suspect or have additional information on the incident, please call: Seattle police homicide tip line: (206) 233-5000--or-- Call an anonymous tip into: CRIME STOPPERS: 1-800-222-TIPS You must call the Crime Stoppers hotline with your tip to be eligible to receive a cash reward for information leading to a fugitive’s arrest. Click here for information on how to text a tip to Crime Stoppers.