FUGITIVE CAPTURED Jan. 18, 2014 -- Seattle police say patrol officers arrested Antonio Forbes. He was booked into the King County Jail on Saturday. FUGITIVE WANTED IN SEATTLE Jan. 10, 2014 -- Michael Freeman was on his way to a friend's house at the Yesler Terrace Apartments when he walked right into the middle of trouble. Three men were trying to rob a woman and her son and a parking lot. Freeman spoke up. "Let me tell you something, I told them to leave me alone and go home," Freeman told David Rose of Washington's Most Wanted. "They were armed." The men tried to run when Freeman approached. But Freeman didn't back down and they stuck a sawed-off shotgun right in his face. But Freeman wasn't perterbed, and he defended himself with a chair. "I said wait, you're too young to even be holding a gun," Freeman said. Neighbors called police and they swarmed the area, with the three young men running before they went after Freeman. The cops caught two suspects immediatly. But a third --  Antonio Forbes -- is still missing. Forbes is 19 years old. He's had numerous run-ins with the law, and police are still looking for him. If you know where Forbes is, call: CRIME STOPPERS: 1-800-222-TIPS You must call the Crime Stoppers hotline with your tip to be eligible to receive a cash reward for information leading to a fugitive’s arrest. CLICK HERE for information on how to TEXT A TIP to Crime Stoppers 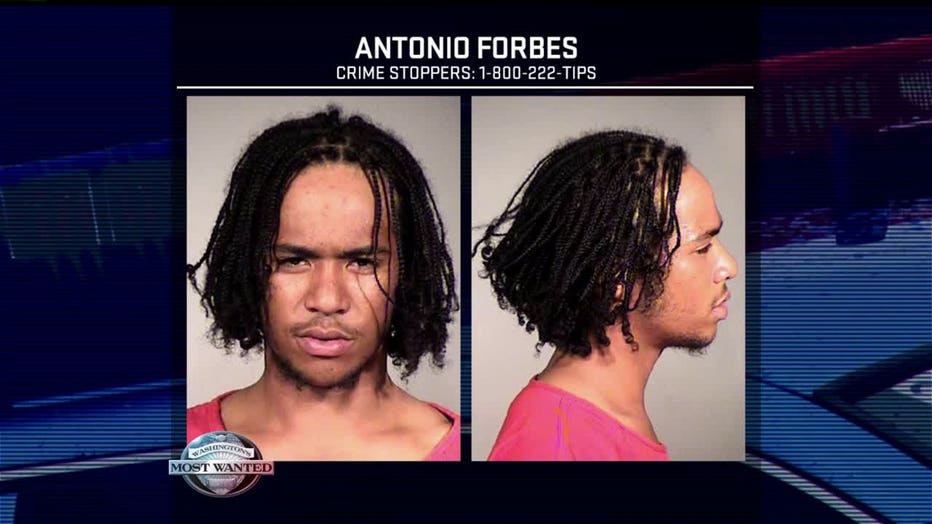