Two people were arrested for a fraud ring that involved money laundering and trafficking food stamps in exchange for fentanyl.

SEATTLE - Seattle Police have arrested two men who allegedly were involved in a scheme to exploit victims' access to EBT and food assistance and used EBT in exchange for drugs.

"They approach our customers, [they] have people that I call organizers, they actually go and find these transients, or who could be homeless or not and ask if they have EBT cards. If they do, they make deals with them," said Tiezi Mersai, the operations manager at Lam's Seafood.

Police say these deals involve the two men shopping with the EBT card holder, picking out items themselves and then offering cash after the sale. They say the cardholder would get, at best, fifty cents on the dollar.

Police also said those groceries would then be sold again on the street or to nearby restaurants, doubling this scheme’s return.

Mersai said Lam's has cooperated with police and even made them aware of what was happening...

"Our customer count is down and our sales are down because these people, this congregation of drug users… they’re scaring off our regular customers," Mersai said.

Police say they witnessed drug deals occurring outside after many of these transactions, turning that recent cash into fentanyl right there in the parking lot.

The two men, in their 50s, had cash guns and hundreds of fentanyl pills at their home when they were arrested, according to Seattle Police. 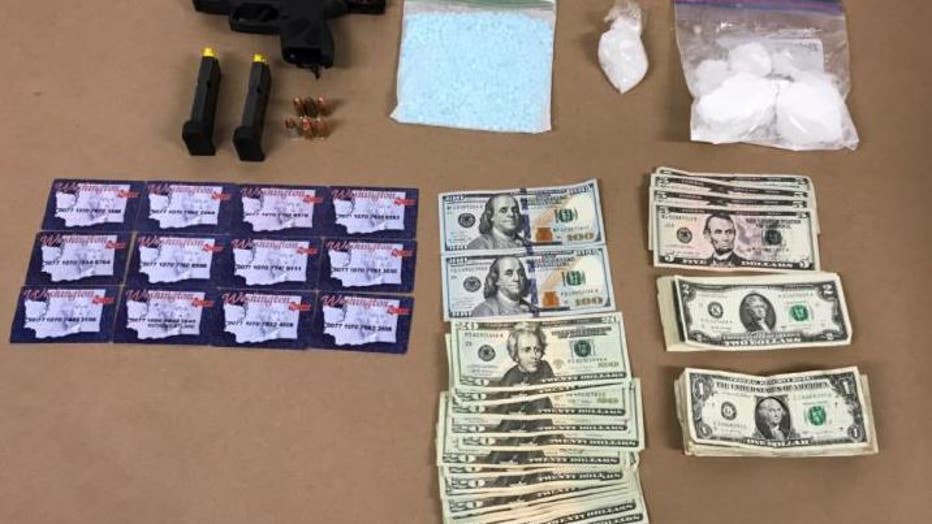