Seattle Police said they arrested ten people in response to assaults and property damage during another day of unrest in the city.

SEATTLE - Seattle Police said they arrested ten people in response to assaults and property damage during another day of unrest in the city.

The Seattle Police Department said just before 7:00 p.m. Saturday that "protesters have wound their way through the city causing damage along the way."

Officers said they issued dispersals orders after protesters caused damage and set fires in the city on Saturday. 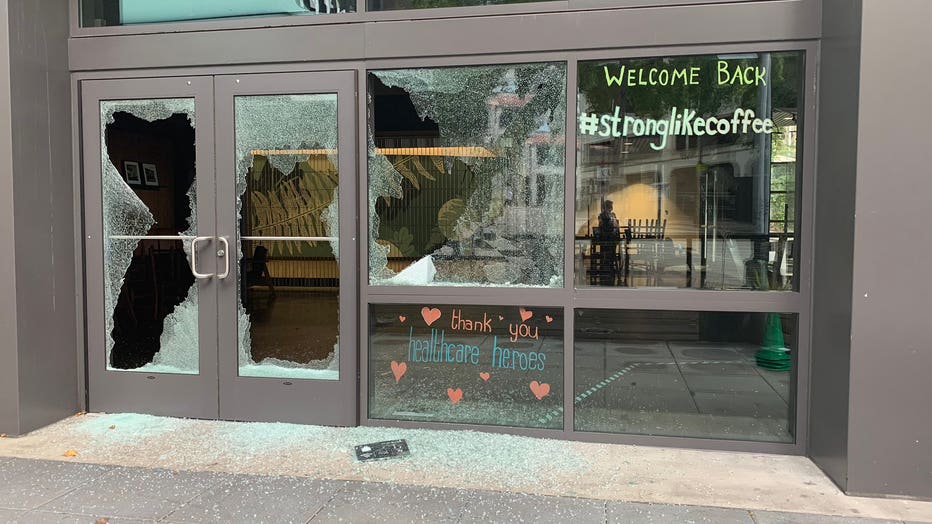 Soon after, police said they had issued a dispersal order after dumpsters were set on fire at 11th and Pine Street, less than a block from the East Precinct.

Police said firefighters put out the fires that were set and the area remained closed to traffic Saturday evening. 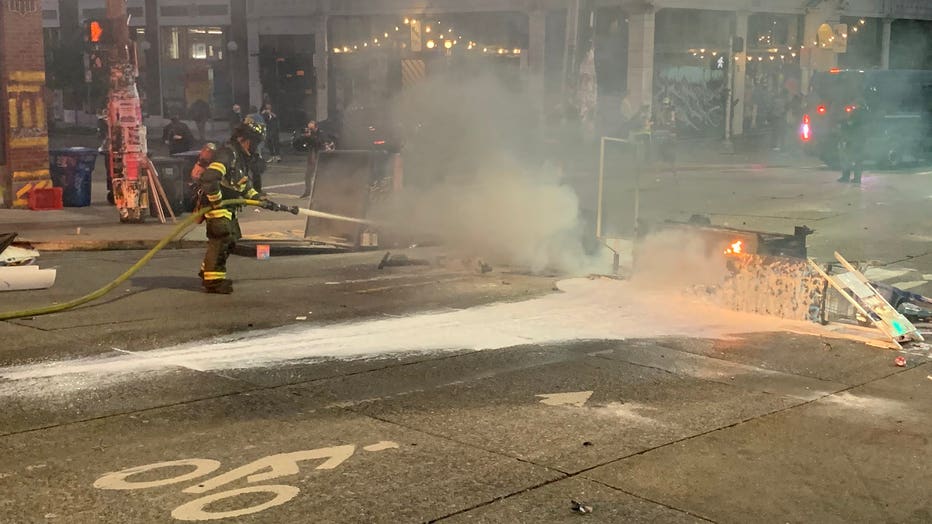 Flashbangs were heard in the area near Cal Anderson Park.

Police said on Twitter the crowd had also thrown bottles at officers.

Demonstrations have taken place each night in Seattle since a Kentucky grand jury’s decision to not indict officers in the fatal shooting of Breonna Taylor.

The demonstrations have been in the area of the East Precinct which has been fortified with concrete barricades and fences since police cleared out the CHOP, or Capitol Hill Protest Zone, earlier this summer.