SEATTLE -- Just about a week after accepting a lip-sync challenge from Virginia's Norfolk Police Department, Seattle officers along with firefighters, Mayor Jenny Durkan, new Police Chief Carmen Best and a slew of extras rocked out in Belltown.

SPD chose the song "Downtown" by Macklemore and Ryan Lewis for their lip-sync video.

The original "Downtown" music video was filmed in Spokane, but Seattle officers hope to put a hometown spin on the amazing song.

While filming on Tuesday, officers borrowed some scene from the original video, including the parade scene. 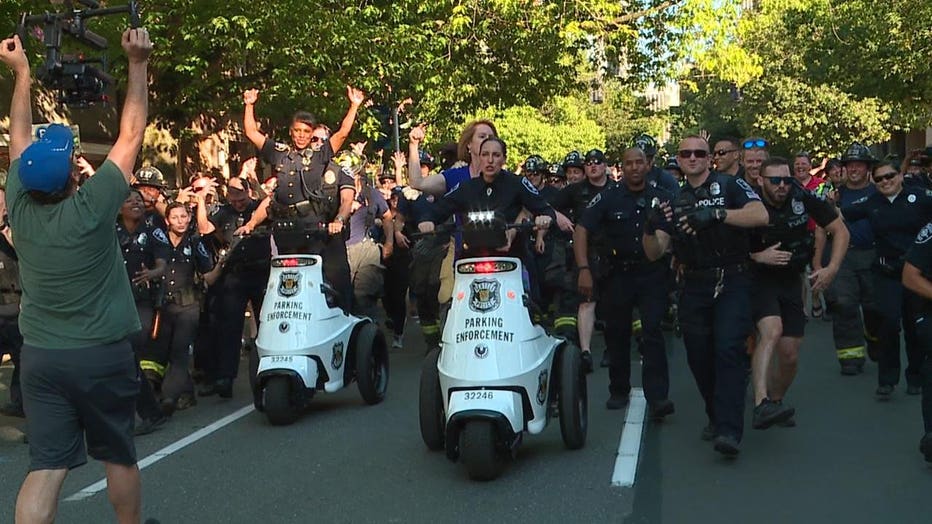 The footage captured still needs to be edited, but we're told the final lip-sync video will likely be available for viewing sometime next week.

Based on all the hard work, we're betting Seattle officers will be the next viral hit.

In the past month, law-enforcement agencies across the country have been posting videos of officers lip-syncing and challenging other departments to do the same.