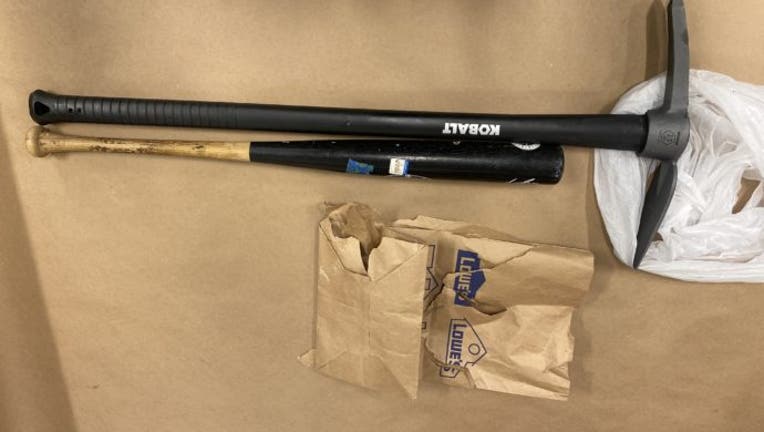 SEATTLE - Seattle Police are investigating after two men were injured in a fight involving a baseball bat and a pickaxe.

According to police, a 24-year-old was leaving his apartment building in the Yesler Terrace when another tenet shoulder-checked him and accused him of making negative statements about a family member.

The 24-year-old noticed his neighbor had a pickaxe and "was gesturing as if he was going to swing at the victim," according to police.

The 24-year-old went back into his unit, armed himself with a baseball bat, and tried to leave again. He encountered the suspect in a stairwell, and the suspect began swinging the pickaxe at him, police said.

During the fight, the suspect struck the victim with the pickaxe, fracturing his arm.

The victim swung his bat at the suspect, striking him in the head. As the suspect fell to the ground, his pickaxe slipped out of his grasp and onto the floor.

Officers found the pickaxe suspect on the bathroom floor of his own apartment in a pool of blood, apparently from his head injury.

The suspect is being treated at Harborview Medical Center and is under hospital guard.