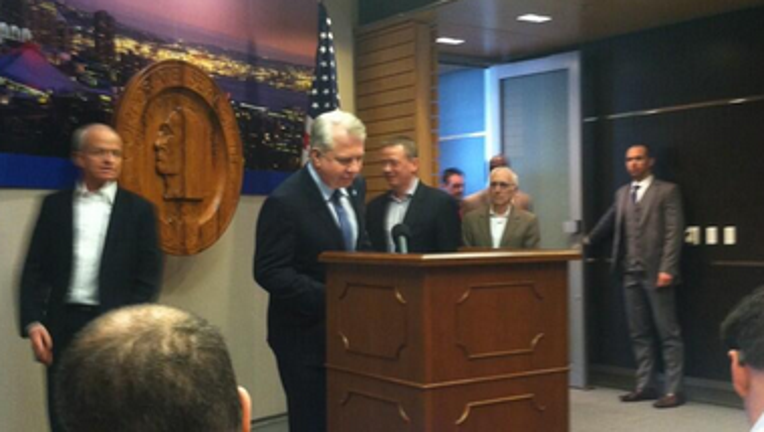 SEATTLE -- Mayor Ed Murray on Thursday announced plans for a $15 an hour minimum wage, calling the proposal that would take three to seven years to fully implement "historic."

Murray, alongside Seattle City Councilman Nick Licata and other business and community leaders, presented a plan for $15-an-hour minimum that was approved by 21 of 25 members of the Income Inequality Advisory Committee the mayor tasked with studying a way to raise wages.

The City Council needs to approve the proposal before it is adopted. They will begin reviewing the proposal on May 5.

Murray and others praised the ultimate compromise of the wage commission, saying the proposal was by no means perfect for anyone, but worked for all.

But Socialist City Councilwoman Kshama Sawant, who spearheaded the ‘15 Now’ campaign, is disappointed at what she calls a watered-down deal.

"This proposal does not live up to the wishes of Seattle's workers," Sawant said after the agreement of the mayor's task force was announced.

“It’s time to ask Starbucks why aren’t you compromising on the massive profits you make? Why aren’t you willing to give $15 an hour to your workers? Why do need three years, why do you need four years?” asked Sawant.

People on the street who were asked about the proposal were divided; some feeling the increase will improve our local economy, while others worry it could hurt the economy.

“Having it done this way by phasing it in may seem like an insult to some, but we can’t have it all at once,” said Ronald Washington.

“You get an education if you want more money. That’s a starter job, so I don’t go for that,” said David Bowington. “Our economy can’t support it and we’re going to lose jobs, I think.”

The mayor’s proposal now heads to City Council, where he anticipates a push-back from Sawant.

“I have never seen a situation where everyone is happy. I’m a politician, not a saint,” said Murray.

Here is the proposed minimum wage increases in a graph: 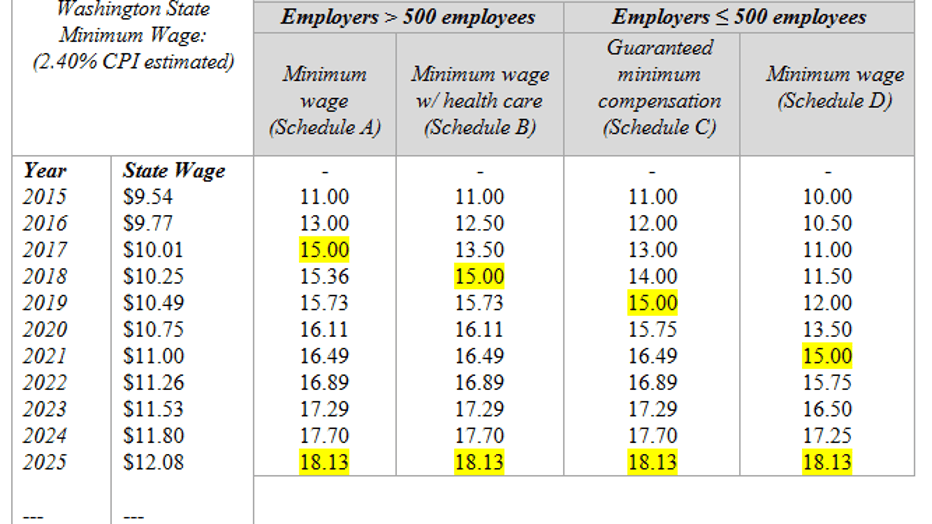