Business groups implored officials to improve public safety. And while crime rates in Seattle are low compared to other big cities, critics say mayhem downtown from shootings to drug dealing and the effects of the city`s ongoing homelessness crisis makes locals and tourists feel unsafe.

SEATTLE -- A shootout in downtown Seattle that left a woman dead and a 9-year-old boy injured was the third violent incident this week in a part of the city long known for rampant drug use and street unrest.

Business groups implored officials to improve public safety. And while crime rates in Seattle are low compared to other big cities, critics say mayhem downtown – from shootings to drug dealing and the effects of the city’s ongoing homelessness crisis – makes locals and tourists feel unsafe.

The Downtown Seattle Association, a business group, said in a statement the area where Wednesday’s shooting happened has been a high-crime spot for years. “We call on public officials to devote the resources necessary to improve safety in downtown,” the group said. “We say enough is enough.”

Seattle residents react to shooting at 3rd and Pine

Seattle residents react to shooting at 3rd and Pine

“We will not allow this to be the new normal,” Seattle Mayor Jenny Durkan said Thursday at a news conference. “We know gun violence is preventable and are taking urgent action.”

Some of the immediate actions include putting more officers on streets where the shooting happened as well as a mobile police precinct that has been set up there, she said.

The condition of a 55-year-old woman was upgraded from critical condition to serious and a 32-year-old man and the boy were listed in satisfactory condition. Amazon, which has offices nearby and is the city’s largest employer, said two of its workers who happened to be passing by were wounded, but their injuries were not life-threatening.

“We are deeply troubled by last night’s events in Seattle and our thoughts go out to everyone impacted by this tragedy,” Amazon said in a statement Thursday.

Video showed several people firing weapons after the dispute outside a McDonald’s. Police including homicide and gang units were investigating.

“This is not a random incident, there were multiple people involved,”′ said Police Chief Carmen Best. “There was a dispute that happened in front of the McDonald’s, people pulled out guns, shots rang out, people ran in various directions.” 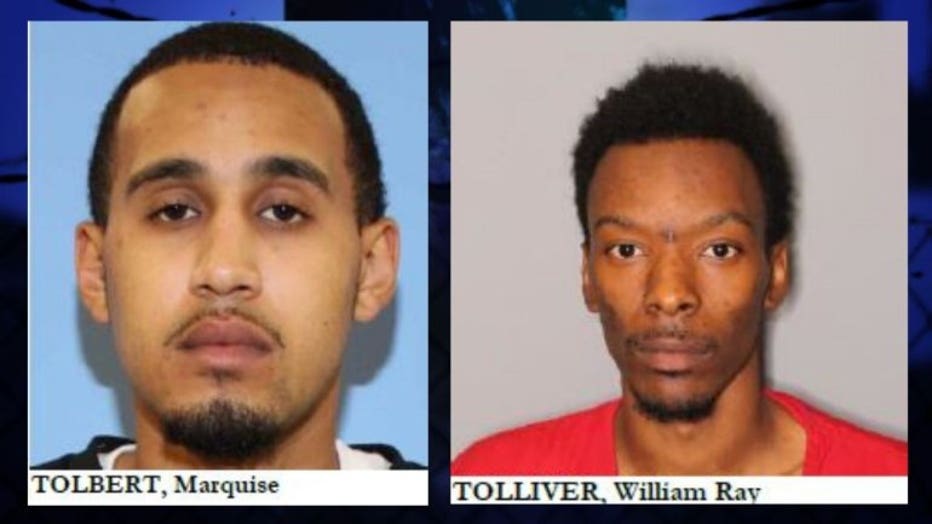 Best said Thursday that one person wounded in the shooting is also a suspected shooter who was arrested at the hospital Wednesday night on a charge of unlawful gun possession. She said police were searching for two additional suspects considered armed and dangerous: Marquise Latrelle Tolbert and William Ray Toliver, both 24. Records show both have lengthy arrest records and Durkan said both have gang connections.

Democratic Washington Gov. Jay Inslee said in a statement that he was “horrified and dismayed to hear about the shooting.”

There were two other violent incidents in downtown earlier this week. Police found a man with a gunshot wound in a mall stairwell Tuesday, and he later died at a hospital. Police shot a person in another area of downtown earlier on Wednesday.