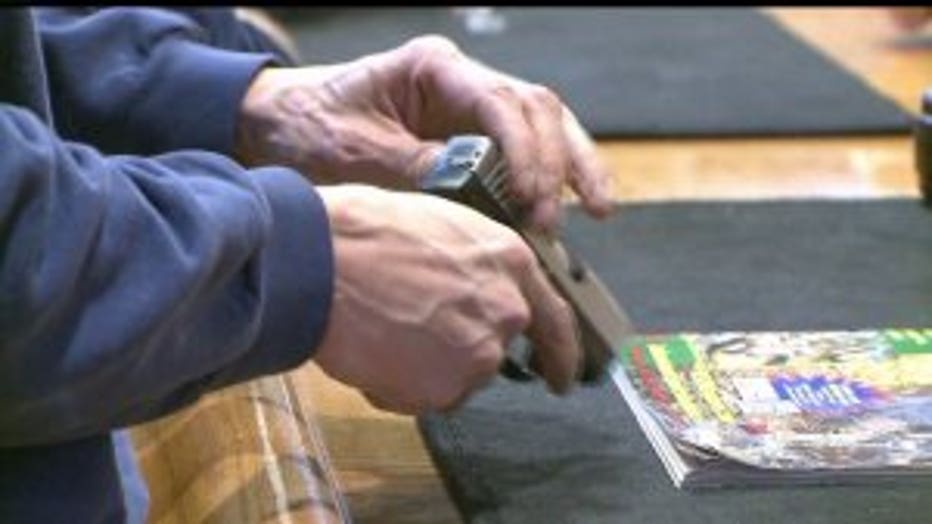 “This is one of the things we can do,” said McGinn, clearly frustrated that state legislators failed to pass universal background checks or any other gun-control legislation in Olympia this past session.  “These businesses are saying, we don’t want guns in our establishments.”

McGinn argued it’s an important step, given that state law prevents Seattle from banning guns on city-owned property, such as parks and community centers.

“If people leave their guns at home, don’t bring them into these business establishments, we hope we can make the city safer,” said McGinn.

Leaders of Washington CeaseFire, which developed the idea, admit that this won’t stop determined killers, such as last year’s Café Racer shooter.  But they argue it might stop disputes from escalating into deadly events, at least in the new places where guns now won’t be allowed.

“When you take the gun out of the equation, whether it’s the home or any place else and arguments might end up as fisticuffs,” said CeaseFire board chairman Ralph Fascitelli. “But they’re not going to end up in violence.”

“Gun-free zones are a piece of the problem,” said Alan Gottlieb, of the Bellevue-based Second Amendment Foundation.  He noted that the elementary school in Newtown, Conn.,  was a gun-free zone, as was the movie theater in Aurora, Colo.

“Where do you have most of these mass crimes?” Gottlieb asked. “In gun free zones, because they are victim disarmament zones, and criminals can go there knowing they’re not going to be shot back at.”

Opponents vow to fight the mayor and others, including working to stop a restrictive gun-control initiative that is expected to make the ballot next year.

“It is a culture war,” said Gottlieb.  “They have attacked our culture and we’re fighting back.”