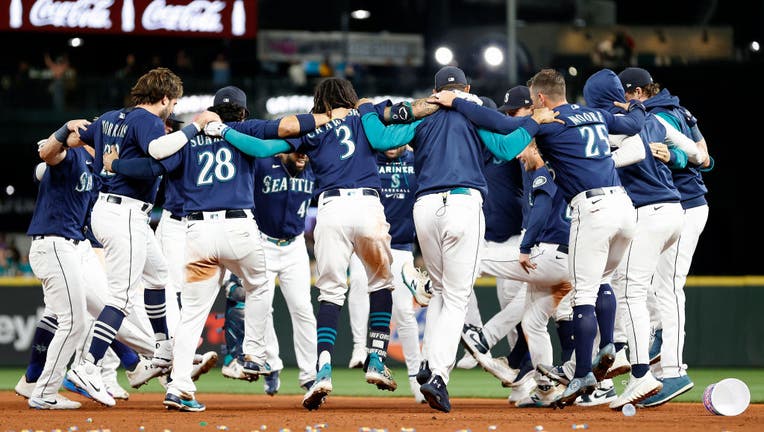 SEATTLE - The Seattle Mariners were named the 2022 MLB Organization of the Year on Thursday by Baseball America.

The team went 90-72 this season and earned a postseason berth for the first time since 2001.

"We are incredibly honored to be recognized in this way by Baseball America. The significance of this honor is best seen through the prestigious list of organizations who preceded us, whom we are humbled to join," Mariners President of Baseball Operations Jerry Dipoto said. "To be recognized for the collective performance of more than 200 players and another 150+ personnel who make up our Baseball Operations group is incredibly meaningful. We are proud of how far we’ve come and energized by the challenges that remain ahead of us."

Seattle was one of six franchises to win at least 90 games in each of the last two seasons (2021–22), along with the Dodgers, Astros, Yankees, Cardinals and Blue Jays.

According to Baseball America, the Mariners came into the 2022 season with the #1 ranked minor league system in the majors.