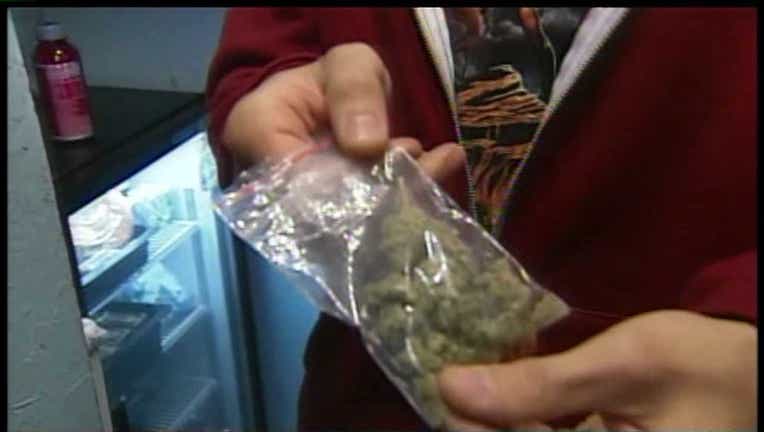 File photo of a man holding a bag of marijuana. (Photo: KCPQ-TV)

SEATTLE -- Police said a man who lives in Seattle's Mount Baker neighborhood walked into the East Precinct and told a desk clerk that someone keeps mailing him packages of marijuana -- and he wants it to stop.

The man—whose home was listed as the return address on the package—opened the package and found marijuana inside. He said he threw the box away.

After the man received a second, similar package Monday afternoon, he decided to turn it in to police.

Officers opened the package—which was addressed to a business in Georgia—and found it contained approximately a half-ounce of plastic-wrapped marijuana.

Officers sent the package to the Evidence Unit for destruction.

On its police blotter, the Seattle Police Department reminded Washingtonians that while adult possession of small quantities of marijuana is now legal in the state, sending it through the federally run mail system is not.