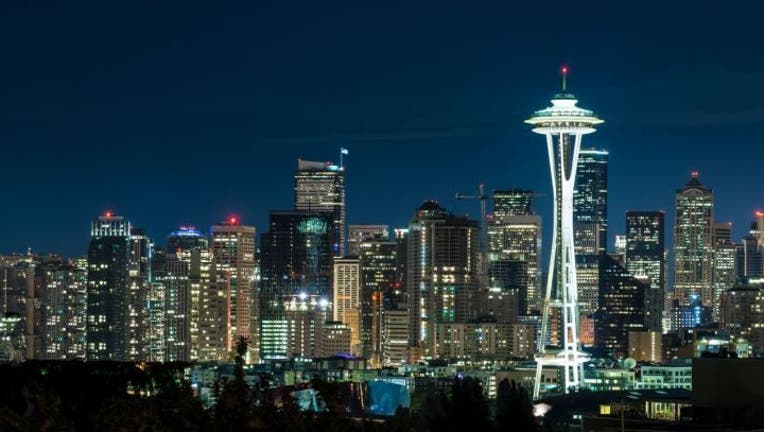 SEATTLE - On Thursday, Nov. 3, Seattle will join other cities across the globe in lighting their skylines teal for Alzheimer's Awareness month.

The Alzheimer's Foundation of America's (AFA) Light the World in Teal program announced on Wednesday that more than 800 buildings and landmarks around the world will be participating in this annual event. According to event organizers, the purpose of the program is to shine a spotlight on the disease, and show support for the millions of people affected by it.

"Having these Seattle landmarks ‘go teal’ on the same day is a powerful and incredible way to raise awareness and show support for the millions of families who are affected by Alzheimer’s disease," said Charles J. Fuschillo, Jr., AFA’s President & CEO. "AFA thanks each of them for helping to light the world in teal for Alzheimer’s awareness and literally shining a light on the issue of Alzheimer’s disease."

The AFA says more than 6.2 million Americans, which includes 120,000 Washingtonians, are currently living with Alzheimer's disease. According to the Centers for Disease Control and Prevention, that number is expected to more than double by 2060.

RELATED: Sounders, Mariners use platforms to focus on gun violence

Sounders, Mariners use platforms to focus on gun violence

The Seattle Sounders are using their platform to make a statement on gun violence.