SEATTLE -- Four major Western Washington cities - Seattle, Bellevue, Everett, and Tacoma - all saw a spike in violent crime in 2016 according to FBI statistics. Data also shows every eight seconds someone is assaulted somewhere in the U.S. 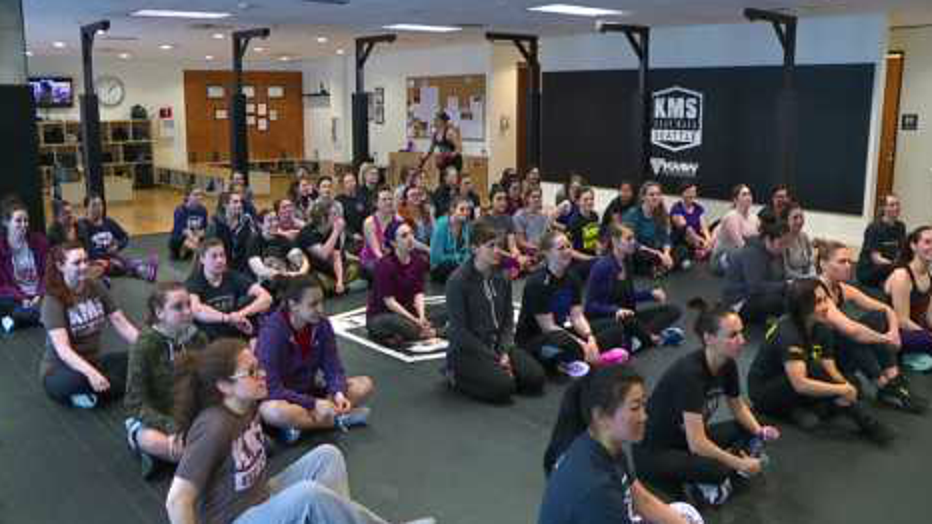 Saturday morning at Krav Maga Seattle, the main gym was packed with women who were about to start a workout to protect themselves.

"Prepare for a worst case scenario of an attack," said Catherine Buck of Krav Maga Seattle.

Leaders of the seminar reminded the attendees they can't be ready for an attack if they're looking down at their cell phones while walking around outside.

"Walking down the street with my phone is something I used to do, but I'm trying very hard not to do it anymore," said participant Julie Huynh-Rusk.

It's the first lesson in Saturday's Women's Empowerment Seminar.

Being aware of your surroundings is an active lesson. So is putting politeness to the side and trusting your instincts.

"It makes our instincts to not be rude to people to not react in an aggressive way if we might be in danger," said Huynh-Rusk.

"The distance is good in a dangerous situation the distance provides you with a lot of time to get away," said Huynh-Rusk.

The seminar also taught women to avoid a fight if you can, but if not, fight back with your voice, hands, legs, and even while on your back.

"Don't stop until you`re able to get away safely," said Buck.

And if you defy the odds and never face a dangerous situation, women at the seminar say they learned that there's another big lesson.

"You're going to be so much more empowered and strong and confident as a person," said Buck.

"I'm more powerful than I think I am," said Yabrough.