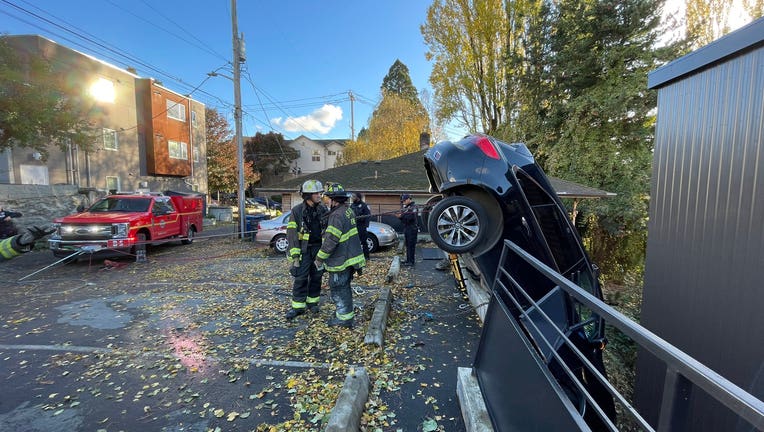 SEATTLE - Firefighters rescued a 13-year-old boy who became trapped inside a car that crashed in a North Beacon Hill parking lot on Saturday.

At around 3:40 p.m., the Seattle Fire Department (SFD) responded to the corner of 14th Ave. S and Beacon Ave. S for reports of a car that went over a carport and landed below.

When crews arrived, a 13-year-old boy was trapped inside the car. Luckily, he was unharmed.

About 10 minutes later, crews were able to safely rescue the boy, and pull the car out of the crash site.

Information about how the car crashed in the first place has not yet been released.