SEATTLE -- With the viaduct closure, we’re already seeing traffic congestion getting worse by the day.

One of the intersections that could see the cameras is at Dexter and Mercer Street in South Lake Union. 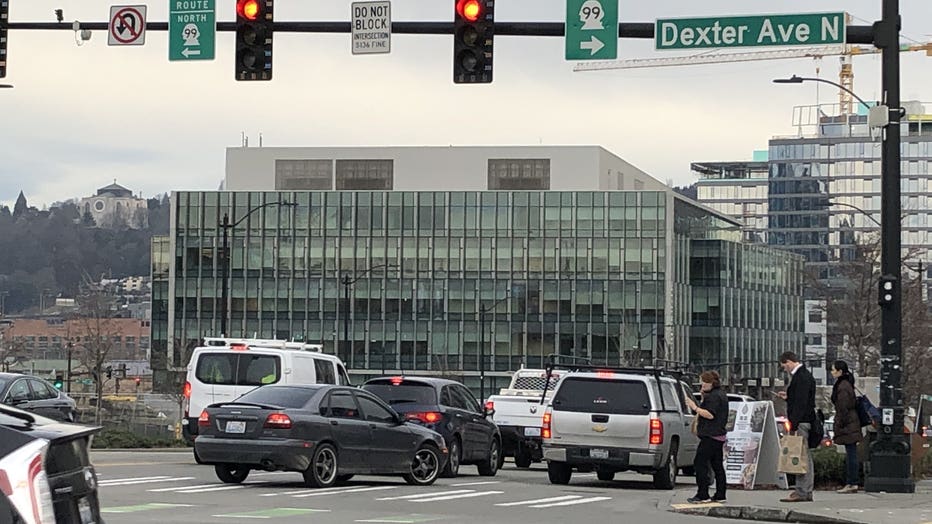 There are already cameras installed to catch anyone who runs a red light, but what about people who block intersections or crosswalks?

“This is about mobility and safety.  Gridlock starts with blocking the box,” said SDOT Director of Downtown Mobility Heather Marx.

The box is simply the space between crosswalks at any intersection.  To keep it clear, city council members and Seattle Department of Transportation members held another committee meeting to get cameras to catch violators.

“We can’t do that without the state legislature allowing us to do that,” said Seattle City Council Member Mike O’Brien.

If approved by lawmakers, each camera runs about $10,000.

“We would have to have enough cameras to pick up the license plate of that vehicle and the light is red and they’re not where they’re supposed to be,” said O’Brien.

“That is not a great use for our uniformed police officers we want to make sure they’re out doing the traffic enforcement that they need to do along with crime prevention,” said Marx.

Not just blocking the box, but fines if you use transit lanes when you’re not supposed to, but what about public transit vehicles like buses who block the box themselves?

“Whether you punish the individual bus driver or you fine metro,” said O’Brien.

How to monitor that hasn’t been decided.  And in March, more buses will be on city streets.

“Dozens of buses that are using the bus tunnel will no longer be able to use the bus tunnel so they’ll be on the streets creating even more congestion,” said O’Brien.

And by then, the new 99 tunnel will be in use further adding to congestion and the allure to block the box.

“They’ll come through the tunnel and double back. I expect to see a continual congestion in Mercer, Dexter, South Lake Union neighborhoods,” said O’Brien.

But none of this can happen for at least six months; not until after lawmakers approve it and after cameras are ordered and installed.  But some commuters remain skeptical about the proposed plan.

“If the root of the problem is bad traffic and bad traffic management, fining people is just treating the symptom and not the problem,” said Seattle Resident Sayee Vitheesvaran.