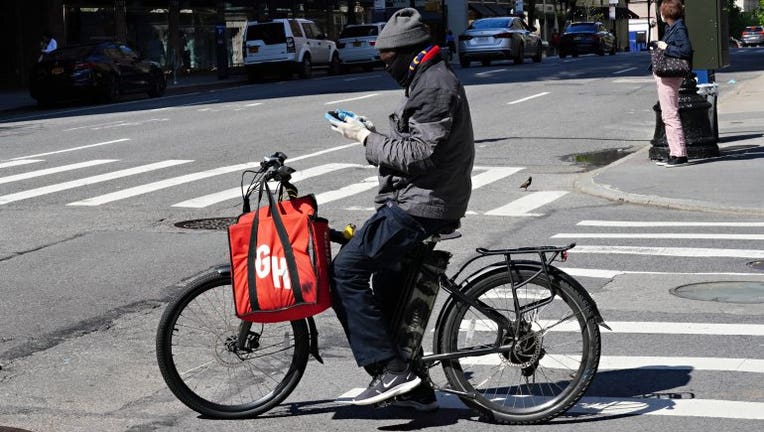 According to a City of Seattle statement, the legislation directs food delivery network companies--such as Grubhub and Postmates--to provide their workers with a $2.50 premium pay per order completed in Seattle during the COVID-19 public health crisis.

The bill recognizes gig workers for food delivery companies as “independent contractors”, and as such, don’t have minimum compensation or safety standards incorporated in their job.

The new bill will now require companies to provide employees with premium pay until the end of the city’s civil emergency, enacted on March 3, 2020.

The legislation also doesn’t allow companies to use the premium $2.50 for other uses, such as customer ordering delivery of groceries, or tips, bonuses and commissions.

“We heard from many gig workers asking for increased protections, including hazard pay, during the COVID-19 crisis,” Herbold said in the statement.

“Gig workers are essential workers. They’re working on the frontlines of this crisis providing for our community, including delivering meals and groceries to families and seniors who have to self-isolate. Seattle will always be a place that fights for our most vulnerable and will protect all workers.”

Lewis heard testimonies of app-based food delivery workers and agreed their needs were not being met. He added the premium would not only protect workers during the pandemic, but provide additional help for their families and customers.

Vita Haygood, a mother of two, works for forGrubhub, DoorDash, Postmates, and Instacart. Prior to the onset of the COVID-19 crisis, she was concerned about income as a gig worker and said one company, Grubhub, never sent any PPE for her to have during work.

“Gig workers need hazard pay because we are on the front lines. Especially here in Seattle, our risk of exposure is incredibly high,” said Haygood.

Shenaya Birkel, an Instacart worker stated during the pandemic, businesses should have protected workers sooner to support employees.

“I have gone from making a reasonable income to questioning my ability to put food on the table, all while Instacart rolls out more and more public statements to fool consumers. It's time we get treated according to the risk we are facing every day,” Birkel said.

A previous version of the premium pay legislation included transportation network companies (TNCs), such as Lyft and Uber, but have been removed.

The City of Seattle is currently implementing its "Fare Share" legislation separate from this bill, and guarantees minimum compensation standards for drivers that are equivalent to Seattle's minimum wage.

Premium pay for drivers will be implemented by the Seattle Office of Labor Standards.