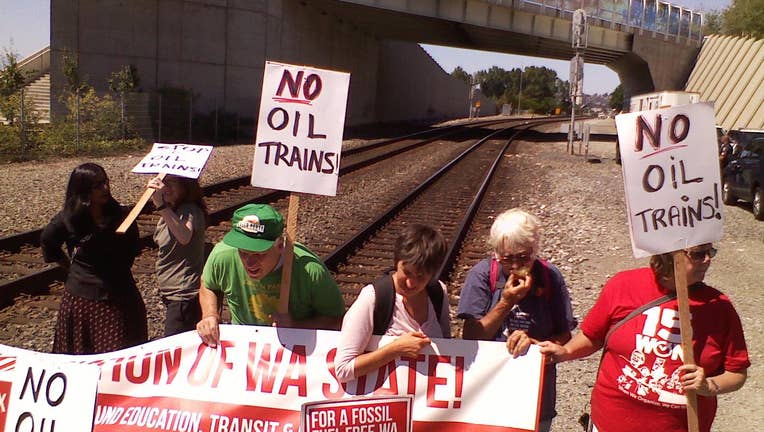 SEATTLE -- Protestors, including a Seattle City Council member and a candidate for the State House of Representatives, blocked railroad tracks through the city Thursday.

City Council member Kshama Sawant and candidate for the state house Jess Spear were both seen sitting on the tracks with the other protestors.

Seattle Police first warned the protestors, then took three of them into custody.  Two men and Spear were detained.

Protestors are concerned about the growing number of trains carrying oil through densely populated parts of Western Washington.

The trains have been a lightning rod for criticism from those who say they are both dangerous and part of an industry that is harmful to the environment.

The small crowd was blocking the tracks near the Olympic Sculpture Park along the Seattle waterfront.