SEATTLE -- In just the past year, we've seen deadly reminders of the dangers of oil trains.

Trains have been moving crude oil through Seattle for years but recently the traffic has picked up significantly and it's causing major concerns.

Many are worried that an oil train could derail and explode in a densely populated area in Seattle. 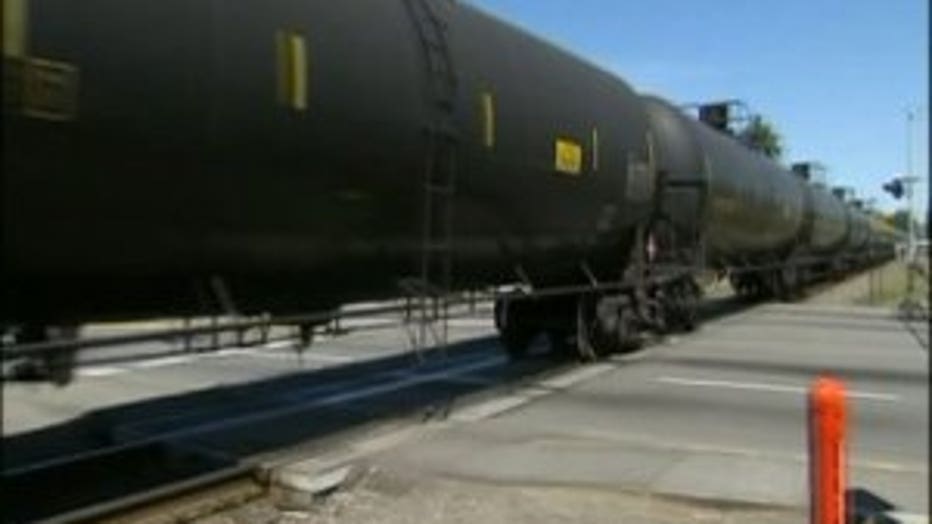 When an oil train derailed and exploded in a Quebec town, it killed dozens of people.

In North Dakota, a massive fireball lit up the sky when two trains collided.

Both of the cases involved Bakken oil, a new type of crude oil that experts say is more volatile.

"Clearly these cars are unsafe, this oil is prone to explode; it’s not reasonable to talk about bringing more of these cars,” Adam Gaya said.

Gaya is with 350.org, an environmental group that says the number of trains transporting Bakken oil has skyrocketed.

The group estimates that about three trains pass through Seattle every week.

With more refineries requesting permits, that number could increase to three oil trains every day.

“In the last four years, the amount of oil being transported by rail has gone up by 57-fold,” Seattle City Councilman Mike O’Brien said.

These oil trains are passing through backyards of many Seattle neighborhoods, underneath Pike Place market and right by CenturyLink Field.

City leaders and environmentalists are worried about the worst-case scenario.

“We are literally talking about anything within half a mile radius being vaporized,” Gaya said.

“It’s understandable that the communities are concerned. We are part of the community, as well. We want to ensure that what we haul makes it through these communities safely,” BNSF spokesman Gus Melonas said.

BNSF operates the tracks. They say they can't reveal the train schedules for security reasons but last year the company says it spent $150 million to make the railroad tracks safer in Washington.

“After a spill or explosion is not the time to pick up the phone to find out what is actually burning,” O’Brien said.

Oil trains are required to go less than 25 mph through populated areas of Seattle but many say that is not enough of a safeguard.

The City Council is expected to pass a number of safety and environmental measures on Monday.

They include requiring companies to reveal exactly what they are transporting for both first-responders and the public.

They are also urging the state to ban future permits for refineries until the dangers are fully evaluated.

The city is also hoping the state will discourage companies from transporting crude oil through densely populated areas.