SEATTLE - Fifty-one years after the assassination of Dr. Martin Luther King Jr., Mt. Zion Baptist Church in Seattle honored the life and legacy of the civil rights leader and looked back on how far the country has come and how far there is still to go.

At the church Thursday evening, 51 bells toll at the exact time Dr. King was shot in Tennessee on April 4, 1968.

“We’re here today not just because he talked the talk, but he walked the walk,” said one speaker at the event. 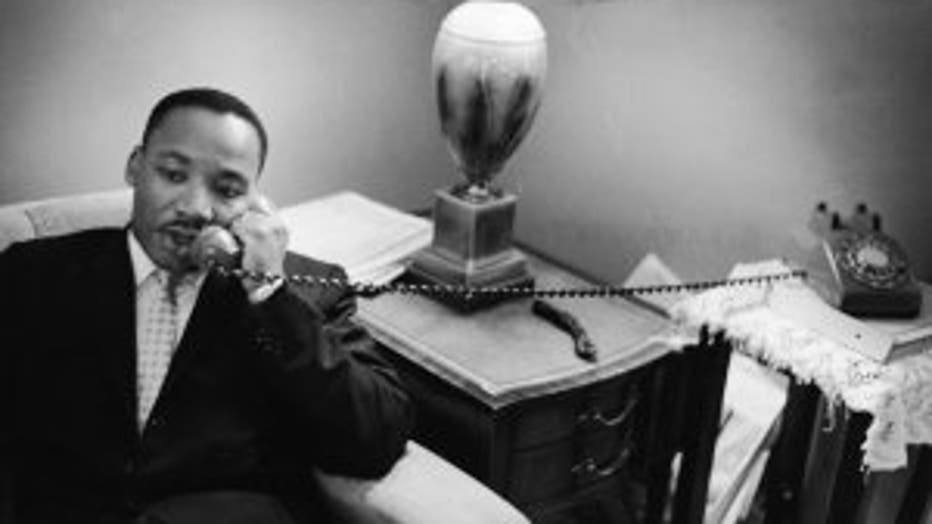 American civil rights leader Dr. Martin Luther King, Jr. (1929 - 1968) sits on a couch and speaks on the telephone after encountering a white mob protesting against the Freedom Riders in Montgomery, Alabama, May 26, 1961. (Photo by Express Newspapers

“I actually marched in Dr. King’s funeral procession,” said Lynn French, who was speaking at the event. He says he remembers that day 51 years ago when he was a teenager and says Dr. King’s death changed the course of his life.

“I was a musician and I decided it wasn’t just music that made the world go around. It was economics and politics, and I set out on the quest to help make a difference,” said French.

He moved to Washington state after living in Louisiana to attend the University of Washington, then Seattle University where he earned a law degree.

French says the community response to events that played out locally this week  in Issaquah, where a student wrote a racist sign to ask a classmate to a dance, are the voices that’ll combat racist behavior.

“That student was the minority who did the behavior. The majority responded and they responded resoundingly and that’s the voice that needs to be listened to,” said French.

At the remembrance on Thursday evening, leaders of all ages say it’s their responsibility to carry out Dr. King’s legacy in small ways every day.

“For young leaders like Jesse and myself, it’s to continue to step in and fill in the gaps,” said Shaude Moore, the chair of the MLK Jr. Organizing Coalition.

Moore along with Jesse Johnson, who sits on the Federal Way city council, say the words Dr. King spoke in his famous “I Have a Dream” speech are still ones we are trying to embody decades later.

As the bells toll 51 times to remember the 51 years of one of the country’s most revered civil rights leaders, each ring is a reminder of how far we’ve come as a country, and how far there is left to go.