The victim of a hit and run accident and his family wants justice for the pain and suffering they have felt. 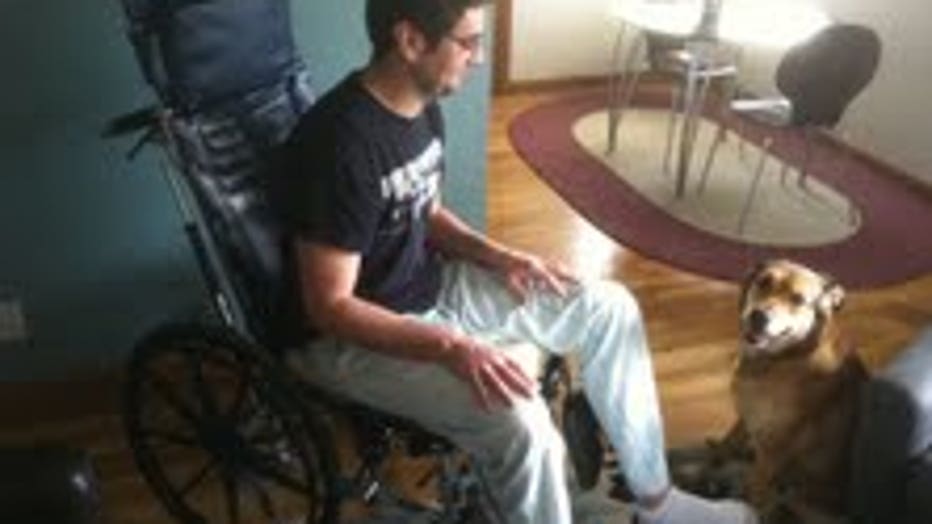 Abde Elshafei, was going through the intersection at 13th and Stevens on his bike when he saw a flash of light and the next thing he remembers is laying in a hospital bed at Harborview. He hopes someone might remember more about the night he was hit on March 25th.

“This was really surreal, Adbe Elshafei said.  “Of course, I didn’t want to accept the fact that this happened to me. And, i was confused. I was scared. I was really scared.”

One month ago, Abde Elshafei was riding a bike when a car smashed into him from the side. The car sped off and left him bleeding in the street.

The collision crushed Elshafei’s pelvis, separated his shoulder, and despite wearing a helmet, left him with a concussion.

His mom, Patti Elshafei said, “It was awful. I was in tears a lot. You say be strong for your son but it wasn’t like that. Every time everything hurt him I had to leave the room.”

While her son has been in recovery, Patti has been pounding the pavement posting flyers about the incident all over the neighborhood. Police don’t have any leads and the Elshafei’s still feel a mixture of emotions about the accident.

“Anger at the person who hit him and just left him unconscious on the side of the road,” Patti Elshafei said. “He could have been dead. He was bleeding but he could have bled to death.”

Abde Elshafei said, “This person, whoever it is who hit me, they’re going to get what’s coming to him in one way or another. I can’t dwell on the fact that someone hit me and left me in the street. It’s just depressing.”