PORTLAND, Ore. -- A wanted bank robber Western Washington dubbed the "Preppy Bank Perp" by investigators attempted to rob two banks in Gresham and Aloha with much of his body covered in orange paint.

KPTV reports the man demanded a teller give him money at Gresham's Key Bank on the 2600 block of Southeast Burnside Road at 9:30 a.m. Tuesday.

He left without receiving any cash.

Three and a half hours later, the same suspect robbed a bank in Aloha, according to police.

Detectives said the suspect had an odd disguise, as much of his body was covered with orange paint.

The FBI is assisting in the investigation and confirmed the same suspect has robbed at least five banks in the Seattle area.

Tuesday's crimes are believed to be the first time the suspect has targeted banks in Oregon.

Anyone with information about the suspect or this investigation is asked to contact Gresham Detective Aaron Turnage at 503-618-3136. 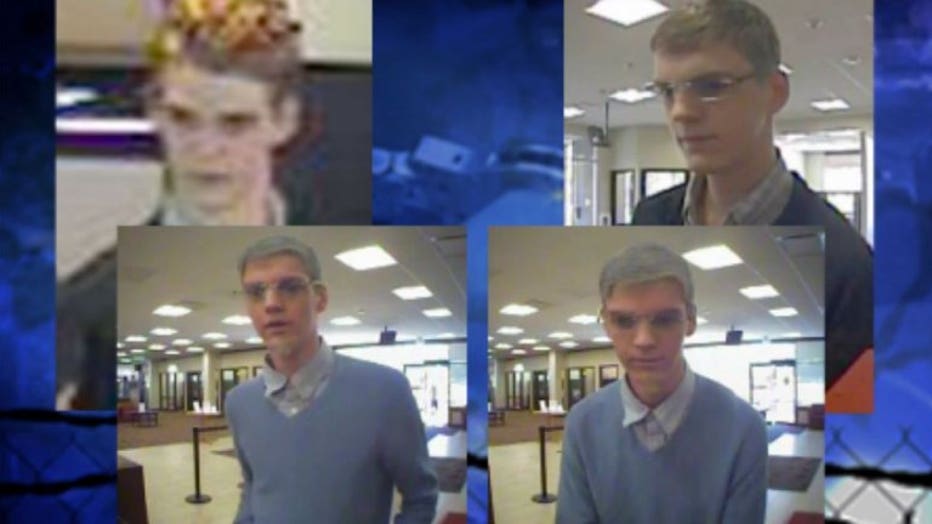