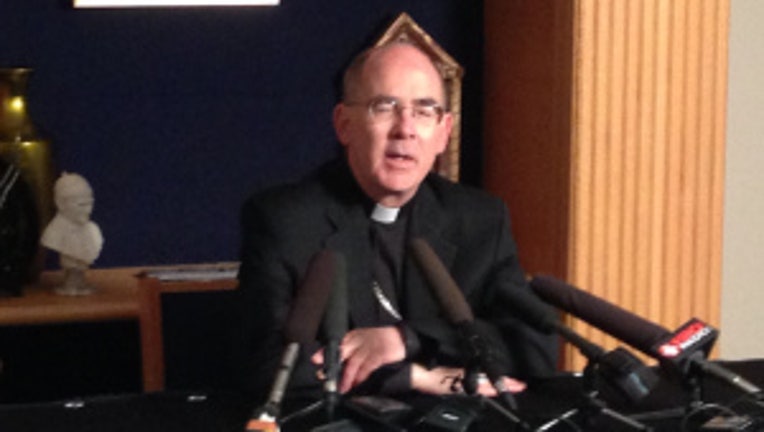 SEATTLE -- The leader of the Archdiocese of Seattle said he received the news of Pope Benedict's decision to resign "with strongly mixed feelings" Monday.

Archbishop J. Peter Sartain called the Pope's decision a "very personal, spiritual one," that expressed his commitment to the church.

"With his resignation, we are losing a pastor whose papacy has been marked not only by his profound fidelity to the Lord Jesus and our Catholic faith but also his gentle and humble nature," Sartain said. "He will be missed, but we may be assured that, as with all his decisions  his announcement today was made prayerfully and for the benefit of the Church and all people of faith."

The spiritual leader of 1.2 billion Catholics, Pope Benedict XVI, surprised the world Monday by saying he will resign at the end of the month “because of advanced age.”

It’s the first time a pope has stepped down in nearly 600 years. A Vatican newspaper said Benedict made his decision to resign "many months ago" after his trip to Mexico & Cuba March 2012, the New York Times reported.

Sartain said he was always struck by the Pope's humility and kindness.

"A brilliant theologian, he is also a caring pastor who looks one straight in the eye and listens carefully," Sartain said.

A successor to Benedict will be chosen in the day's following the Pope's resignation. According to the BBC, during this period all the cardinals – retirees included – will begin to discuss in strict secrecy the merits of likely candidates.