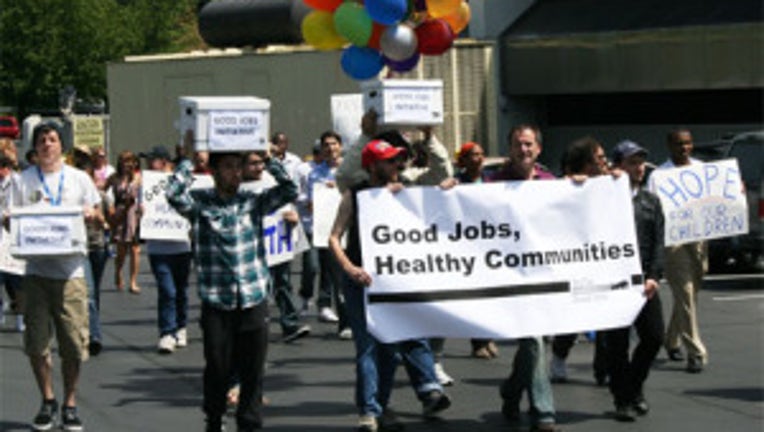 SEATTLE -- The new $15 minimum wage initiative has begun for hundreds of employees working in the city of SeaTac, but there are thousands of  others who will not benefit from the new pay increase voted on last year.

Proposition 1 in SeaTac narrowly passed a vote last November. Hundreds of employees in hospitality businesses in the city are now making $15 an hour as a base wage. Thousands of other employees working at Sea-Tac Airport, fast food industry and at small businesses are not eligible for this major pay raise.

Folks in the area have mixed reactions to the propositions rules.

David Pelu is a baggage handler at the airport and says he is glad the minimum wage hike does not apply to him. He says he could have lost his job.

Pelu said, “I’m upset but at the same time the company I work for, we’re like relieved because we still have our jobs. If it would have went up they would have let us go.”

Others say they will fight these exemptions because they aren't fair.

Brian Rupert said, “The way it looks is that the judge has made it available for those in the SeaTac area not on the port of Seattle property which I don’t feel is right. We have to wait for the appeal process and see where it goes from there.”

In Seattle, newly elected council member, Kshama Sawant, will release details about her plan to increase the minimum wage to $15 an hour in the Emerald City. On her website, 15now.org, she is asking people to join her. She is expected to announce details on her plan as early as January 2nd.