SEATAC -- Workers are optmistic that the SeaTac “Good Jobs Initiative” will pass after jumping out to an early lead in the election. And with the latest ballot count on Wednesday night, with 3,942 votes counted, that optimism reigns with a tally of 53% to 47% supporting the initiative.

The initiative seeks to raise the minimum wage to $15 an hour for workers in Seattle-Tacoma International Airport and at airport-related businesses.

“It was a warm feeling. Man, I don’t know how else (to say it). It’s a feeling  I didn’t think was going to happen,” Dontreale Cain said.

Cain is still celebrating what he believes will be a victory in the vote to raise the minimum wage to $15 an hour. He said he’s watched hospitality and transportation workers around SeaTac struggle for years to make ends meet.

Organizers expect their message to spread beyond SeaTac workers. This summer in Seattle, fast food workers also rallied to raise the minimum wage to $15 an hour and both Mayor Mike McGinn and Ed Murray supported the idea, and we’re told the city council may take up the issue as soon as this week.

“I think Seattle is going to look at it seriously,” Weiner said. “And they`ll probably try to phase it in.”

“My biggest fear is for the employees in all the related industries,” Scott Ostrander, who opposes the proposition, said.

Ostrander runs the Cedarbrook Lodge near SeaTac and said that if the proposition passes, it could ultimately hurt workers as companies search for ways to make up for the added costs.

“There’s been talks of complete restructuring, raising of rates or fees for services… possibly elimination of services, a reduction in employee hours and downsizing staff which would include lay-offs,” he said.

“We’ve also heard that in other cities where they raised the wages,” Weiner said. “We’ve heard the sky is falling. In fact, we’ve seen the opposite happen -- businesses end up saving money because they have lower turnover rates, businesses end up having greater productivity, morale is higher and they’re getting better employees because of the higher wages.”

Opponents of the proposition are optimistic they can win, since not all of the ballots have been counted. Of 12,108 mailed to voters, 3,942 were counted by 8:30 p.m. Wednesday. Ballots will continued to be counted and then verified on Nov. 26.

Opponents said if they do lose, they won’t rule out a challenge and the issue could end up in a courtroom.

You can track the ballot count on the proposition and other King County elections here. State election results are available here and county results can be found here. 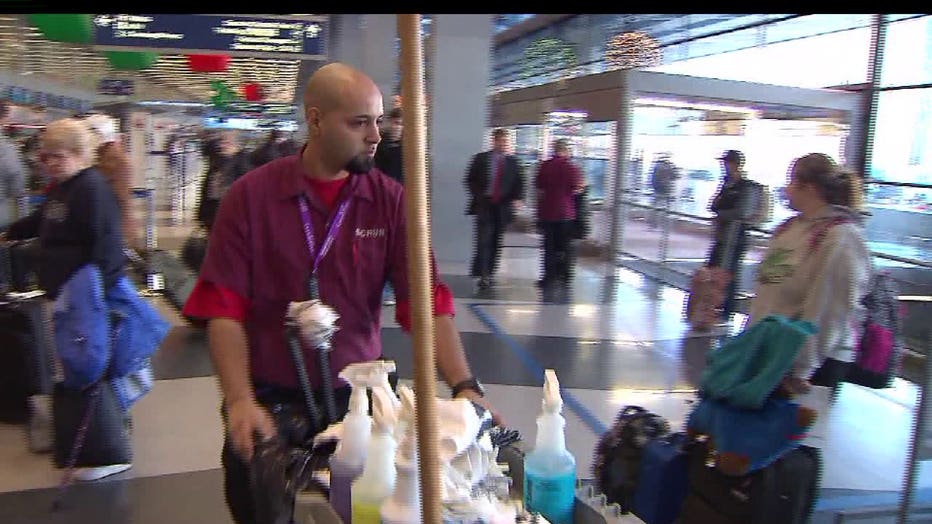