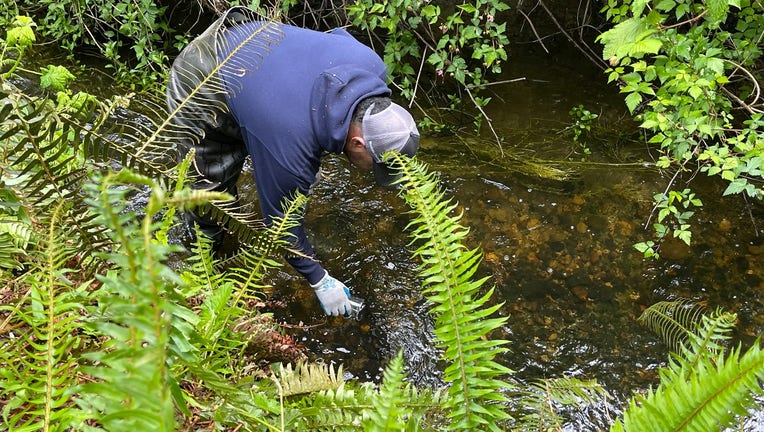 This is the third year in a row that the city has raised salmon and released them into the wild. According to a press release from SeaTac Public Works, salmon populations have decreased in recent years. Local hatcheries have been trying to help keep the fish populations stable by raising their own salmon eggs and releasing them into creeks in the Puget Sound. 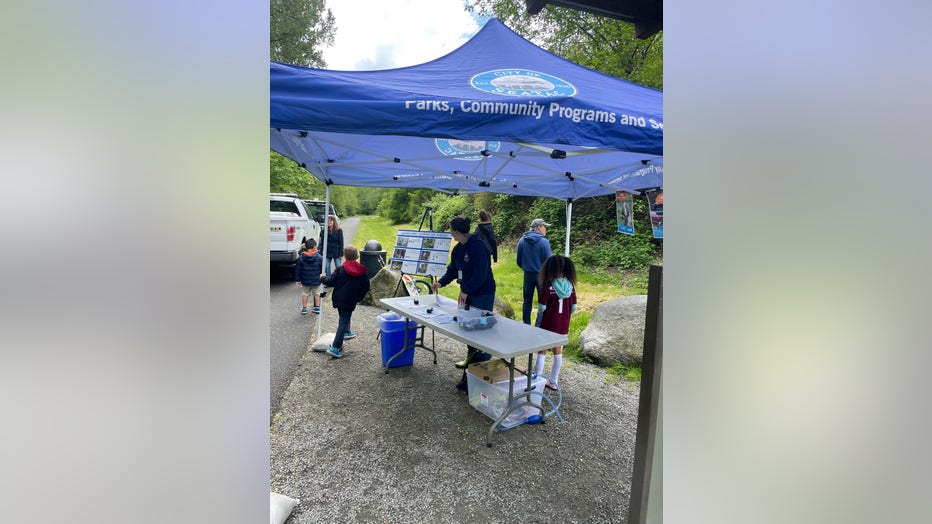 At 11:00 a.m. on Saturday, SeaTac elected officials and Public Works staff hosted an event at the Des Moines Creek Trail for the public to help count the salmon and release them into the stream.

On Jan. 14, the city of SeaTac picked up Coho salmon eggs from the Soos Creek Hatchery and brought them to their tank at the SeaTac Community Center.

In Jan. 2021, Washington Gov. Jay Inslee proposed investing $187 million in salmon recovery as part of his 2022 budget and policy proposals.

Inslee’s proposed investments in salmon recovery include $123 million in new protections for salmon riparian habitat along the banks of rivers and streams and more than $16 million for water quality and temperature improvements.

Saving salmon: How a tribe, governments and nonprofits came together to rescue an estuary

The Skokomish estuary was a far cry from its natural self in 2007, when the Skokomish Tribe began work to return the land to its natural use. More than a decade later, roads, culverts and dams have been removed, and salmon habitat is returning.

He also wants to invest $5 million in green infrastructure grants for projects that store water during high flows and release it during low flows, as well as $6.5 million to improve science and monitoring.

Some of the specifics of Inslee’s plan include removing more fish passage barriers, such as culverts, and reintroducing salmon to their historic habitat above areas blocked by barriers such as dams and bridges.

Salmon populations are struggling. Over 70% of endangered or threatened salmon and steelhead trout populations are "not keeping pace" with recovery goals or are "in crisis," according to the 2020 State of Salmon in Watersheds report. Salmon are losing more habitat than they are gaining, Inslee said.

Herring recovery could be key to saving salmon

Hundreds of millions of dollars have gone into salmon recovery, and more work is needed. Now, scientists are asking the question: Could saving a smaller, less recognizable fish, be one of the keys to their recovery?

It started with a simple question: Why are salmon dying in the Salish Sea? The answer, as it turns out, would pull scientists from 60 organizations in a variety of directions.