A SeaTac man is shaken after a trio of crooks broke into his home. Detectives with the King County Sheriff’s Office are actively searching for the suspects involved in the burglary.

SEATAC, Wash. - A SeaTac man is shaken after a trio of crooks broke into his home. Detectives with the King County Sheriff’s Office are actively searching for the suspects involved in the burglary.

"Our concern is that the longer they’re out there, the more homes that are going to be burglarized and more folks will be victimized. So, let’s get these folks in custody, let’s interrupt them and let’s let them know that SeaTac and other cities in King County is not the place to commit your property crimes," said Sgt. Tim Meyer, public information officer for the sheriff’s office.

Greg, the homeowner, said he was away at work while his surveillance cameras recorded video of the suspects on his property. 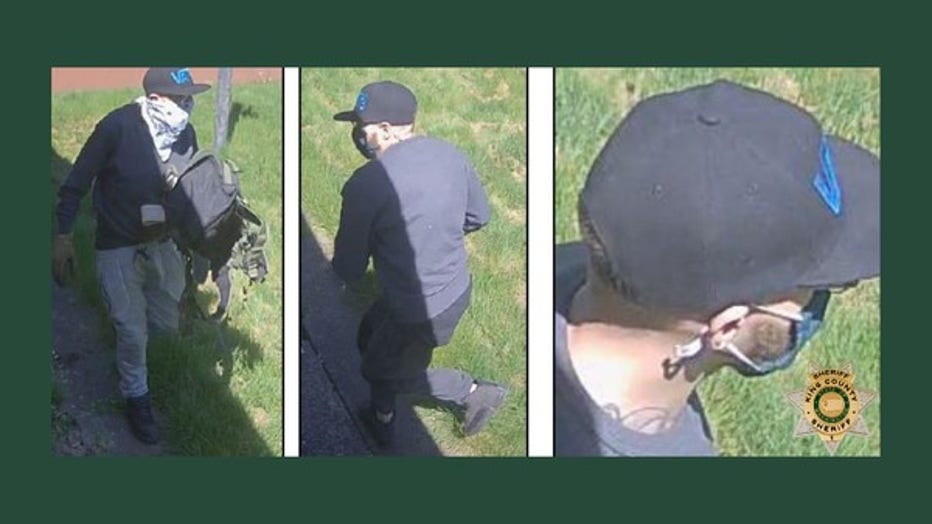 "I opened up my garage door and I see stuff in my living room on the floor of my garage and it just hits me in the gut," said Greg.

The video shows a silver car pull into his driveway on April 21. Detectives said the car looks like a 1990s Honda Civic with no plates and is likely stolen.

"When we see no plates to often that means the car is stolen. They’ll try to disguise it as a new car. They’ll make some fake temporary tag and put it in the window," said Meyer. 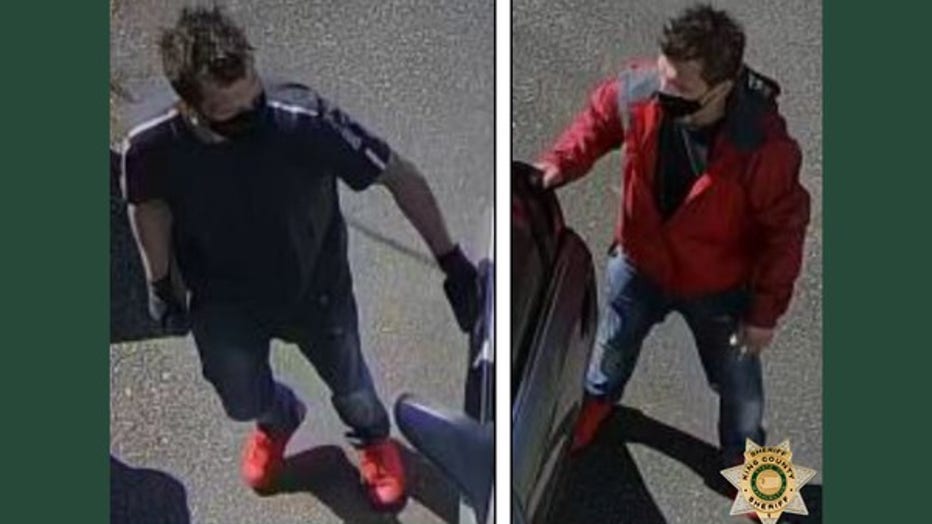 Video shows a masked man getting out of the suspected car and walks towards Greg’s house.

"I think the guy came around and knocked on my front door and because I wasn’t home, he came back to the car and actually changed masks to a bandana and then grabbed his tools went around behind my house and tried to break in the back door," said Greg.

RELATED: Woman seen on camera in Seattle purse-snatching incident says she fears for her safety

The suspect is seen in the video bouncing off the door after failing to bust it open. Greg showed Q13 News the garage window the suspect broke to get inside. Investigators said the man opened the garage for a woman believed to be a girlfriend. Greg said the two suspects pried open two locked doors in the garage before they gained entry inside his home.

He said they stole some of his belongings and left. A few minutes later, the suspected man and woman came back to the house to steal more things and left again. The two came back a third time with a man wearing a bright red jacket, red sneakers and spiked dark hair. While reviewing the surveillance video, Greg estimates the suspects were inside his home for approximately 20 minutes over the course of an hour and a half. 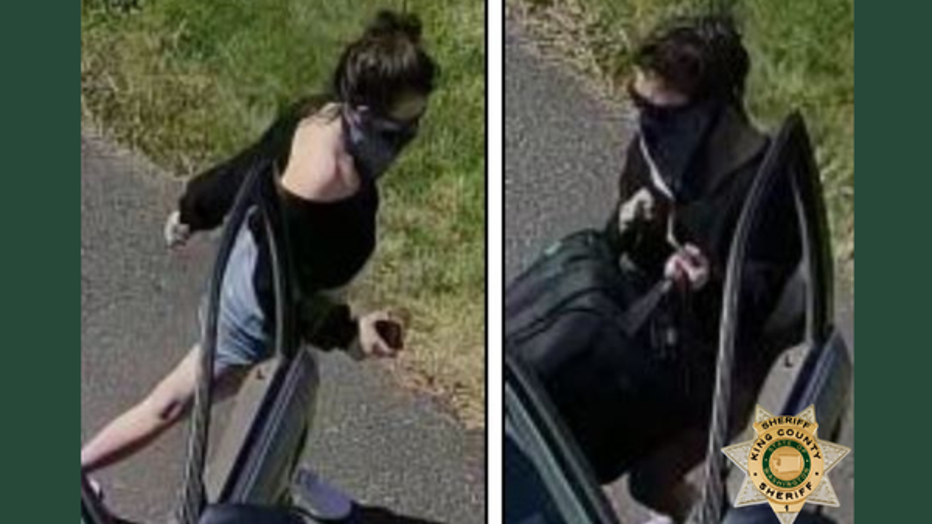 The three suspects got away with Greg’s computers, cameras, and keepsakes. He said the damage to his home is the real loss.

"I kind of could care less about some of the stuff that was taken, but seeing something I had pride for destroyed is really hard for me," said Greg. "I did all of the remodeling myself. So, seeing all of my hard work destroyed is just heartbreaking."

RELATED: Burien mom installs cameras after home break in; shocked what they catch in one week

Detectives are asking the public to keep an eye out for the trio and their getaway car. One of the male suspects has a tattoo on his neck and hands. He was seen on camera covering his beard with a mask and then changed his face covering to a white bandana, a dark baseball cap with blue letters, dark shirt and grey pants. Investigators said they are confident catching him will lead to the other two suspects.

"I think we’ve had enough. All of us have had enough with challenges of the pandemic and everything else. Don’t come to King County to burglarize and steal things. We’re going to get you turned in, we’re going to hold you accountable and our detectives are going to see these cases through to the end," said Meyer.

Anyone who thinks they recognize any of the suspects or their getaway car are asked to call the King County Sheriff’s Office non-emergency line at 206-296-3311 and reference case number C21012434.