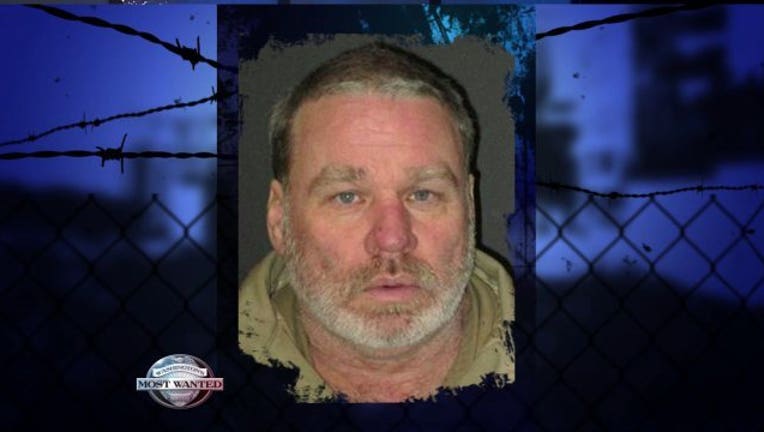 FUGITIVE CAPTURED April 5, 2014 -- The SeaTac deputy who helped track down Mitchell McKay on Saturday also helped catch him a year ago. The SeaTac Police Department says it takes pride in having pro-active patrols that focus on criminal hot spots, problem subjects, and problem houses with an increased presence in the community, instead of “routine patrols.” When McKay was featured on WMW a year ago, Dep. Chris Dearth saw him on catchwmw.com, a source he says he likes to use for information on all of Washington’s criminals. Dep. Dearth says often times crime bulletins are only distributed in proximity to the close police agencies. However, SeaTac is a transit hub and Dep. Dearth says he and his partners catch fugitives from all over the country. Dep. Dearth says he did a report search as well as took a report where McKay was possibly committing burglaries in SeaTac, which put him on SeaTac officer's radars. Dep. Dearth ended up tracking down McKay to where the convicted child rapist had setup camp near a kids park in SeaTac. McKay was jailed until last month, then went missing after being released. Deputy Dearth says he saw McKay was back on WMW, so he went searching for him again. While on patrol Saturday, Dep. Dearth says he spotted McKay walking down International Blvd, and with the help of his two partners, arrested him and booked him into jail. WANTED BY DOC IN KING COUNTY March 28, 2014  --  Authorities need your help finding a sex offender who was just released from prison and known to live in the woods -- jumping out at kids from the bushes. Mitchell McKay -- a child predator who's missing in King County where he's been known to camp out in the past. Washington's Most Wanted featured him more than a year ago when he was spotted trespassing in the woods off I-5 in SeaTac. Burien police arrested him and McKay went to prison for about a year, but he got out on Valentine's Day and never checked in with authorities. His sex crimes date back to 1990. "This guy is considered the worst of the worst criminals," said King County Sgt. Cindi West. "He was convicted of rape of a child, 1st degree, and child molestation in the 1st degree. And, since the time he was convicted, we caught him approaching little girls, jumping out of the woods and approaching them, and telling them they were beautiful, and wanted to talk to them." After he was arrested, deputies found several teen magazines opened to photos of young girls. Mitchell McKay is 50-years-old. This is his most recent mug shot snapped earlier this year. 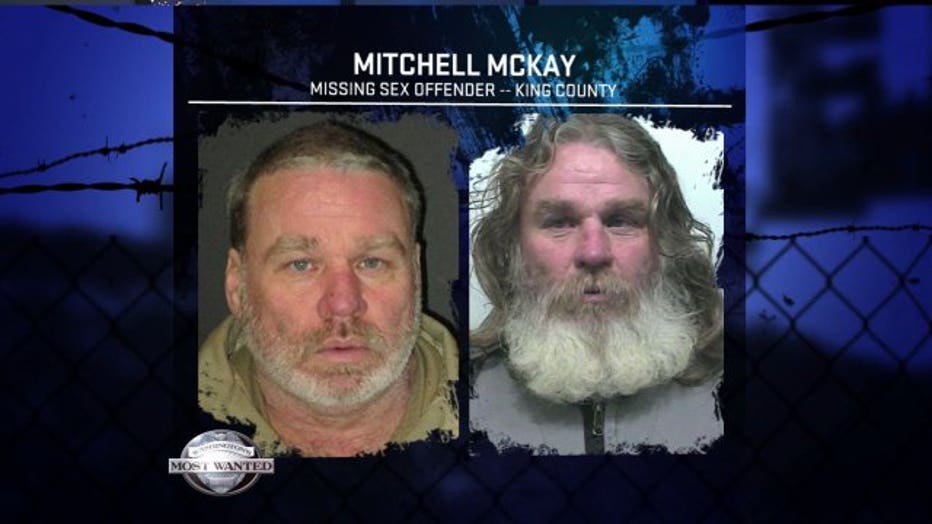 He had a full beard when he was arrested last year -- and now this child rapist needs to be back behind bars again. If you can help cops make it happen, call an anonymous tip into: CRIME STOPPERS: 1-800-222-TIPS You must call the Crime Stoppers hotline with your tip to be eligible to receive a cash reward for information leading to a fugitive’s arrest. CLICK HERE for information on how to TEXT A TIP to Crime Stoppers 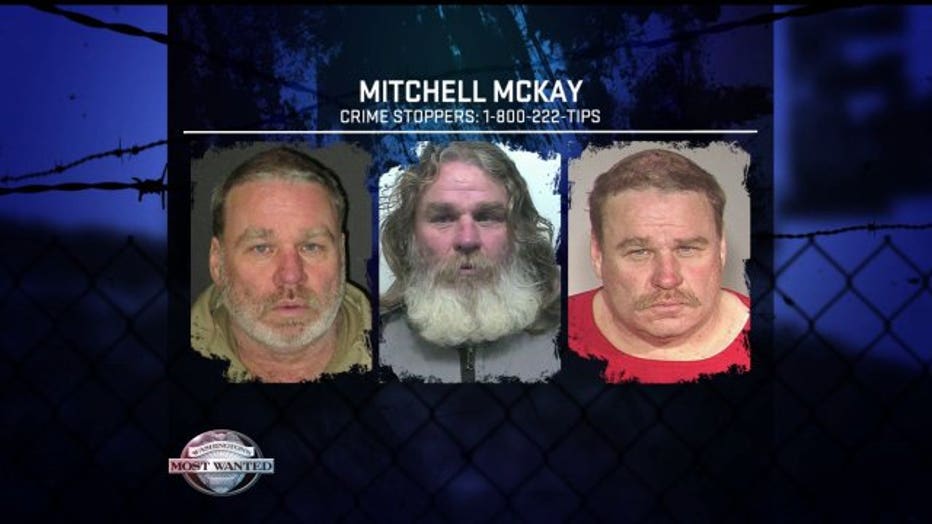