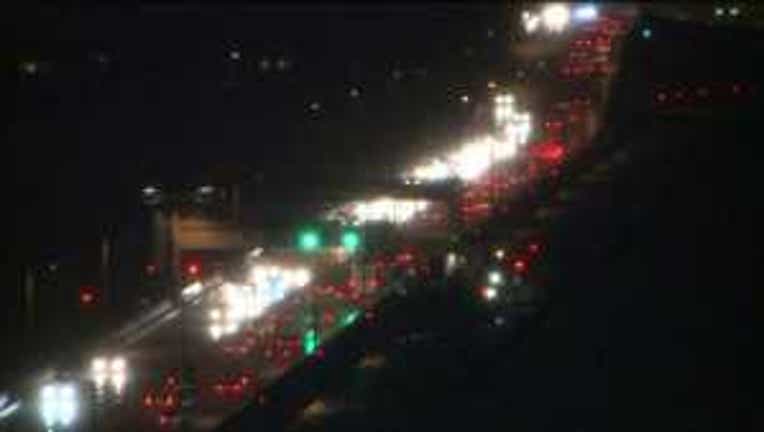 SEATTLE -- It’s the first big storm of the season, and moderate rain will soon make way for intense winds gusting to 60 miles an hour.

And that kind of wind is enough to bring down trees and power lines, Andy Wappler of Puget Sound Energy said. He said the crews are on-hand to do their best to keep the power on.

"We have our crews our tree trimmers," Wappler said."We're all ready to go. And we have extra crews ready if we need them tomorrow as well. We do anticipate this could be a major storm.”

Almost six years ago, the famed "Night Before Hanukah" storm knocked out power to hundreds of thousands of Puget Sound residents. While Monday's storm wasn't supposed to be as bad, significant outages are expected.

"We're not expecting this to be one of these historic storms that people remember forever but every storm if it knocks out your power is a big deal," Wappler said. "When it's your house and the power is out, that's a big deal.”

Puget Sound Energy crews spent the summer preparing for moments like this by trimming trees and improving the area infrastructure.

"It's really a 12 month effort to make sure the system is ready for when the bad weather does hit at this time of the year,” Wappler said.

But trees aren't the only concern. Wind and rain could play a significant role in the morning commute. Officials are worried that high winds might close the 520 bridge.

"We're taking some particular concern with the 520 bridge because it is a structure that if the winds are sustained for a certain period of time at a certain speed we're gonna make the decision to close it down,” Bart Treece with Washington Department of Transportation said.

No matter where you are driving for your morning commute, officials said to play it safe.

"Maybe leave a little bit early," Treece said. "Stay plugged into the forecast and know what it's like on the roads before you head out.”