Hauser reportedly cut off his GPS tracker in Tacoma and his whereabouts are unknown. 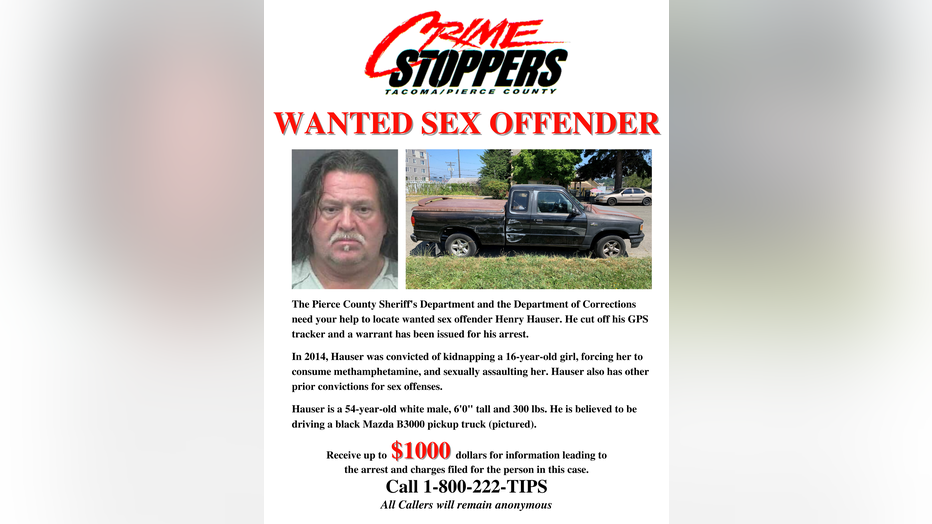 Hauser was convicted of unlawful possession of a controlled substance with intent to deliver with sexual motivation and assault in the second degree with a deadly weapon in 2014.

Court documents recorded that Hauser approached a 16-year-old girl to ask for the time and proceeded to pull a knife on her and force the victim into his vehicle. Hauser then took the victim to his residence where he drugged and sexually assaulted her, according to officials.

Hauser has several previous convictions from years prior. In 2007, he was convicted of second-degree kidnapping with a deadly weapon and felony harassment.

Hauser was also convicted of third-degree assault with sexual Motivation back in 2003.

If you have any information on Hauser and his location please call 911 immediately. You can also submit an anonymous tip to Crime Stoppers of Tacoma-Pierce County through P3 Tips App or call 1-800-222-8477 for a cash reward of up to $1,000.