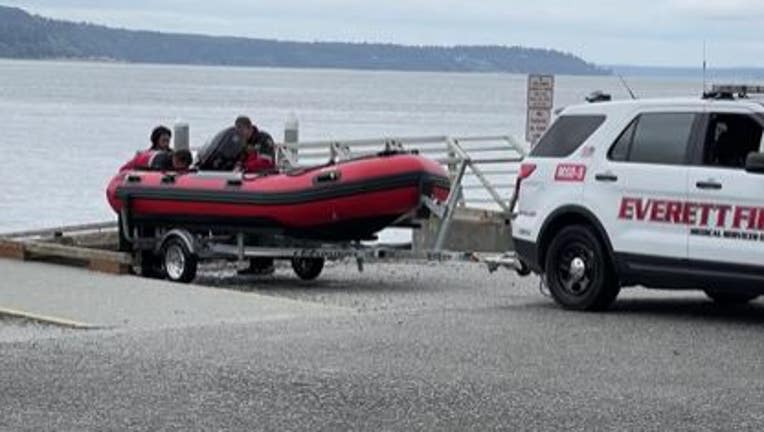 MUKILTEO, Wash. - Multiple law enforcement agencies and the Coast Guard have called off the search for the night for a diver who went missing in the waters off Mukilteo.

Mukilteo police and fire departments, alongside the Snohomish County Sheriff's Office responded to Lighthouse Park around 10:40 a.m. on Friday for reports of a diver in distress.

Police say two recreational divers were out diving on Friday morning. One was able to get back to shore and is ok, but the other is still missing, according to the Mukilteo Police Department.

It's not immediately clear what happened to the divers or how they became in distress.

The missing diver is a 33-year-old from Edmonds, according to Mukilteo police. His family has been notified.

As of 4:04 p.m., the Coast Guard announced that it would be suspending the search for the missing diver until first thing Saturday morning. Police say weather conditions and visibility were both poor in and around the water, which caused them to call of the search.